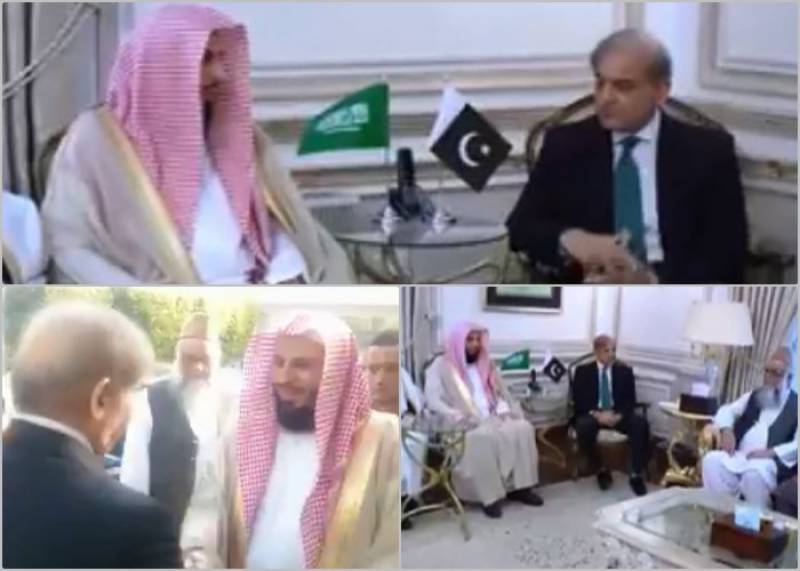 ISLAMABAD:Imam-e-Kaaba Dr Sheikh Saleh bin Muhammad Al-Talib has held a meeting with Punjab Chief Minister Shahbaz Sharif in Lahore this morning. Matters of mutual interest and problems being faced by Ummah were discussed during the meeting.

Speaking on the occasion, Shahbaz Sharif emphasised the need for unity of Islamic countries.

He said that Saudi Arabia and Pakistan are like one soul in two hearts.

Imam-e-Kaaba said Pakistan is playing a major role for maintaining peace and stability in the region. AP/AFP