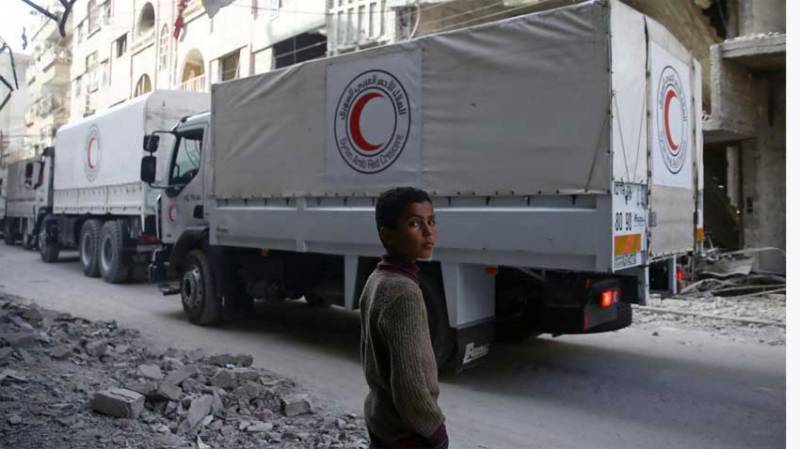 BEIRUT: Aid agencies prepared to deliver food into eastern Ghouta on Friday and a war monitor said the Syrian government had paused air strikes for the first time since launching a massive ground assault against the rebel enclave.

In less than two weeks, the Syrian army has recaptured nearly all the farmland in eastern Ghouta under cover of near ceaseless shelling and air strikes, leaving only a dense sprawl of towns - about half the enclave - still under rebel control.

The attack has killed more than 1,000 people, the medical charity Medicins Sans Frontieres (MSF) said on Thursday. The war monitor, the Syrian Observatory for Human Rights, on Friday gave a death toll of 931 civilians in the campaign.

“The situation is relatively good today. The bombing eased for a bit and is no longer intense,” said Bilal Abu Salah, a resident of eastern Ghouta’s biggest town, Douma. But he added that shortages are still acute, causing great hardship. “Entire families eat one meal in several days,” he said.

U.N. aid agencies have pleaded with the Syrian government and its ally Russia to halt the campaign and allow access to bring in aid after a convoy on Monday was unable to complete its delivery because of the fighting. Reuters/AFP