After occupied Jammu and Kashmir another Indian state unveiled its own flag
10 Mar, 2018 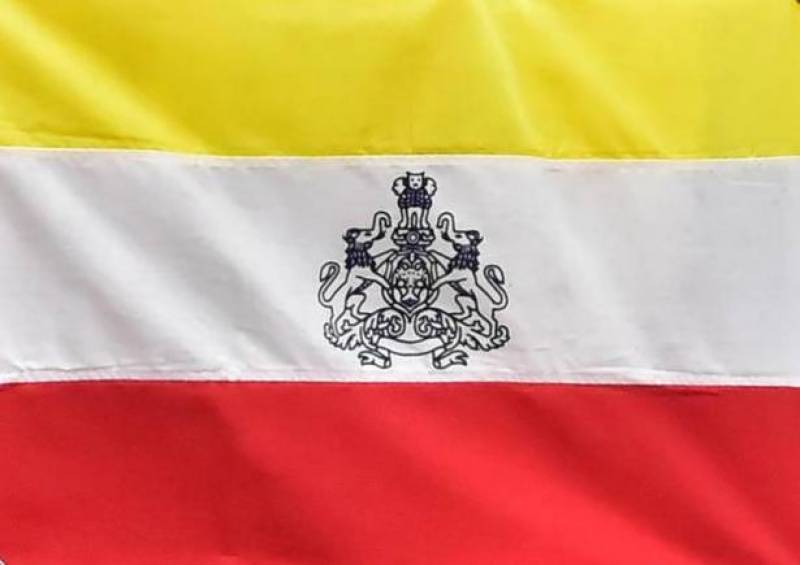 NEW DELHI - In a new and unique development the first Indian state after occupied Jammu and Kashmir has unveiled its own flag in India.

The Karnataka government on Thursday unveiled the State flag (*nada dhwaja*) for Karnataka. If approved by the Centre, Karnataka will be the second State to have a flag after Jammu and Kashmir.

The yellow-white-red flag has the State emblem at the centre. The proposal will be now sent to the Union Home Ministry for approval, since a State has no powers to announce its own flag.

Ahead of Assembly elections, a separate flag has been part of the ruling Congress’ campaign focusing on regional pride.

The decision followed a meeting of leaders of Kannada organisations and littérateurs convened to discuss the recommendations of a nine-member expert committee constituted to study and submit a report on the possibility of the State having a flag.

The State Cabinet had earlier approved the proposal of a separate flag for Karnataka and empowered Mr. Siddaramaiah to take the final call after discussions.

When asked about the Constitutional provisions for a State to have its own flag, Mr. Siddaramaiah said there was no bar in the Constitution on States having their own flag. “The State flag will fly below the national flag as prescribed,” he said. “The BJP State unit should now bring pressure on the Union government to speed up the approval process,” he added.