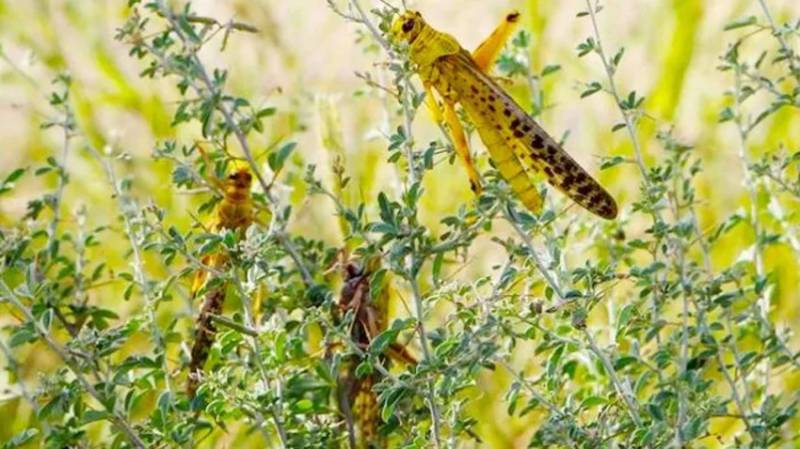 ISLAMABAD-The anti-locust operations have been carried out in an area of 5,668 square kilometers approximately 1.4 million hectares across 51effected districts of the country.

More than 1,500 joint teams were taking part in the anti locusts operation in 51 districts against locust control operation.

According to details released by the National Locust Control Center(NLCC) on Wednesday, joint teams of the Ministry of National Food Security, provincial departments of agriculture and Pakistan Army were conducting a comprehensive survey and control operation against locusts in different districts of the country.

So far 271, 061 square kilometers (approximately 6.7 million hectares) have been surveyed.

In the last 24 hours, 200,000 hectare area was surveyed in Punjab Province and locust infestation was confirmed in 2 districts including Mianwali and DG Khan and anti locust operation was carried out in 35 hectare area.

In the last 24 hours, 140,109 hecter area has been surveyed in Sindh province and the presence of locusts in 6 districts has been confirmed.

The operation involved 35 teams of 382 people (including Pakistan Army) and more than 31 vehicles.

So far 1.8 million hectares has been surveyed and 85,992 hectare area has been operated across the province.

An anti-locust operation was performed on 62,471 hectares.More than 758 teams of more and 78 vehicles took part in the operation.

In addition to aerial spraying with the help of airplanes and helicopters, non-conventional methods are also being used for effective control of locust during control operations.