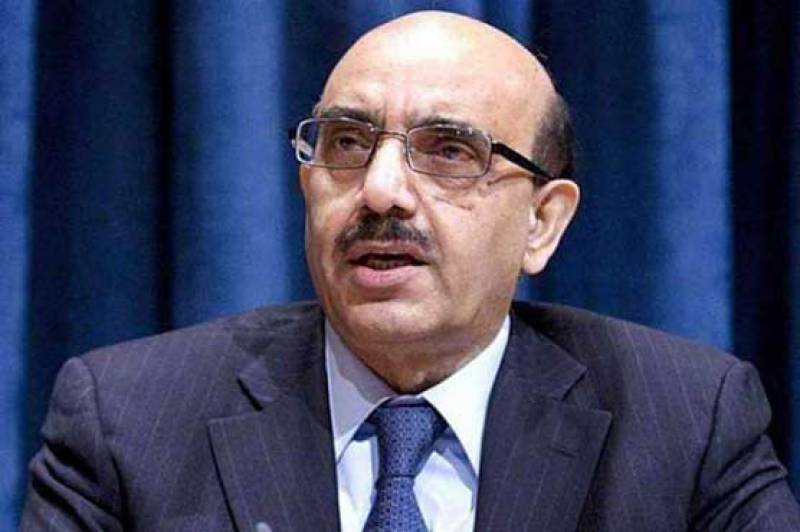 ISLAMABAD-AJK President Sardar Masood Khan strongly condemning unprovoked Indian firing in Jandrot, Tatta Pani and Goi sectors along the Line of Control has warned India to stop playing with fire in the interest of peace and security of the region.

Five civilians including two innocent women and two kids were injured and public property destroyed as a result of the Indian aggression.

Describing the growing violations of the 2003 ceasefire agreement by India in recent days as an abortive attempt by the Modi regime to hide its failures in India and the repression in occupied Kashmir, the AJK president in statement on Wednesday appealed to the international community to take cognizance of the Indian attempts of disrupting peace in the region.

He maintained that India would never succeed in its heinous plans because the global community has become aware of its hegemonic designs.

Expressing sympathy with those injured in the Indian firing including 32 years old Rabia, six years old Maria, 26 years old Nasreen, seven years old Momina and Mohammad Munshi, he said that the nation will never forget the sacrifices of those living along the Line of Control.

The AJK president said that the Indian troops hiding behind the bunkers were targeting defenseless civilians particularly women and children, but the same troops have capitulated to the Chinese Army in Ladakh.

Referring to the situation in occupied Jammu and Kashmir, Sardar Masood Khan said that the lives of more than eight million Kashmiri people are in serious danger because of the anti-Kashmir policy of the Indian government. On the one hand, he maintained that India was not taking any steps to save the Kashmiri people from Covid-19 while on the other, it is massacring the innocent people particularly the Kashmiri youth in cordon and search operations.

He said that the Indian Government had killed 14 Kashmiri youth in past three days in Shopian district of IOK and dozens of others were taken into custody, and they were being subjected to the worst torture in jails and detention cells.

Paying glowing tributes to the Kashmir youth for sacrificing their lives and resisting the Indian barbarity, he said that their sacrifices would certainly culminate in the dawn of freedom. It is pertinent to mention here that Indian troops in their fresh act of state terrorism martyred five more Kashmiri youth in Shopian district on Wednesday.

The troops martyred the youth during a cordon and search operation in Sugoo Hendhama area of the district. The operation was going on till last reports came in. Indian police and troops have sealed all entry and exit points of the area.

The occupation authorities have suspended internet service in the district.