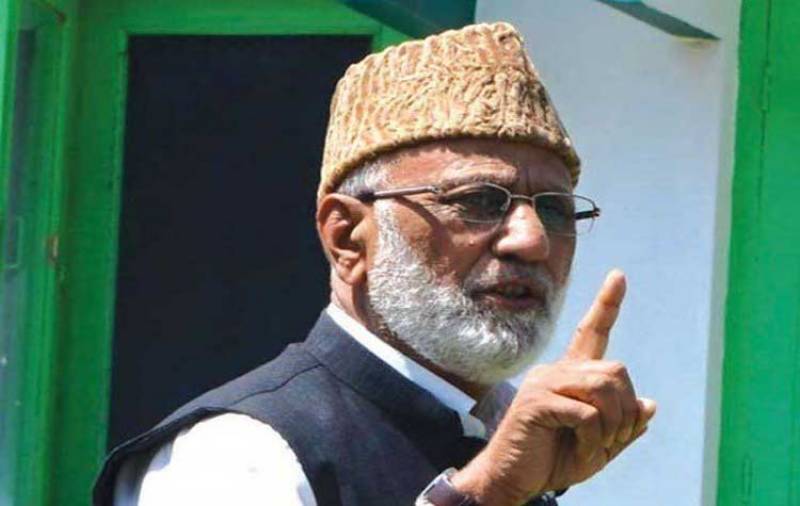 In occupied Kashmir, senior APHC leader and the Chairman of Tehreek-e-Hurriyat Jammu and Kashmir, Muhammad Ashraf Sehrai, says delay in the settlement of the Kashmir dispute is wreaking havoc on the lives of innocent people in the territory.

In a statement in Srinagar he criticized the international community for turning a deaf ear towards the brazen human rights violations perpetrated by the Indian forces in occupied Kashmir.

He also condemned the arrest of illegally detained resistance leader, Masarrat Alam Butt, by National Investigation Agency and the booking of Shabbir Ahmad Shah and Aasiya Andrabi in fresh cases.

He urged human rights organizations to play their role in shifting of all the Kashmiri political prisoners back to the Kashmir Valley.

The Jammu and Kashmir Peoples Movement Chairman, Mir Shahid Saleem, in a statement in Jammu warned India against any attempt to change the disputed status of Jammu and Kashmir by striking down constitutional provisions granting special status to the territory.

Meanwhile, Majlis-e-Quran Khawani was held at Mirwaiz Manzil in Srinagar on the 15th death anniversary of Molvi Mushtaq Ahmad. The Chairman of Hurriyat forum, Mirwaiz Umar Farooq in a statement eulogized the services of Molvi Mushtaq for the Kashmir cause.

Transporters across the occupied territory announced to observe a strike on Wednesday against the imposition of toll tax by India on the Jammu-Srinagar highway.

On the other hand, body of an 88-year old man was found inside a dam at Salamabad in Baramulla district, today while a 30-year old man was stabbed to death by unknown persons in the border area of Arnia in Jammu region.