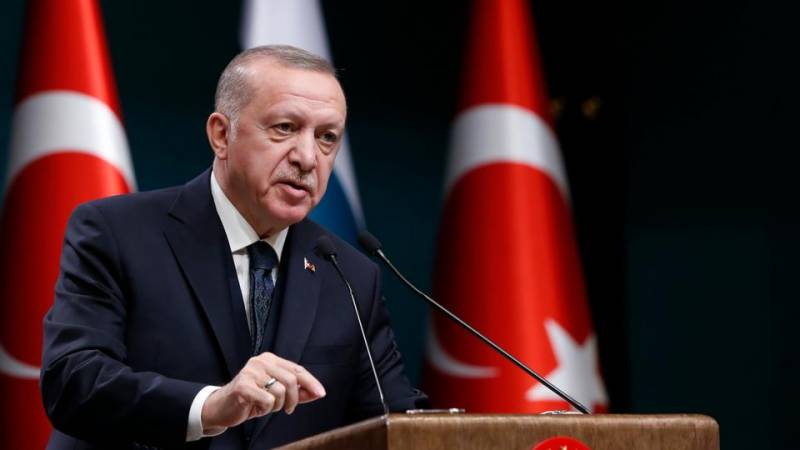 ISLAMABAD-Istanbul,Turkish President Recep Tayyip Erdogan announced Friday that the Hagia Sophia, one of the architectural wonders of the world, would be reopened for Muslim worship, sparking fury in the Christian community and neighbouring Greece.

His declaration came after a top Turkish court revoked the sixth-century Byzantine monument's status as a museum, clearing the way for it to be turned back into a mosque.

The UNESCO World Heritage site in historic Istanbul, a magnet for tourists worldwide, was first constructed as a cathedral in the Christian Byzantine Empire but was converted into a mosque after the Ottoman conquest of Constantinople in 1453.

The Council of State, Turkey's highest administrative court, unanimously cancelled a 1934 cabinet decision and said Hagia Sophia was registered as a mosque in its property deeds, in its detailed reasoning seen by AFP.

The landmark ruling will inflame tensions not just with the West and Turkey's historic foe Greece but also Russia, with which Erdogan has forged an increasingly close partnership in recent years.

- 'Millions of Christians not heard' -

Greece branded the move by Muslim-majority Turkey an "open provocation to the civilised world".

"The nationalism displayed by Erdogan... takes his country back six centuries," Culture Minister Lina Mendoni said in a statement.

The decision "shows that all pleas regarding the need to handle the situation extremely delicately were ignored," he said.

The United States has also urged against altering its status.

Hagia Sophia, which stands opposite the impressive Sultanahmet Mosque -- often called the Blue Mosque, has been a museum since 1935 and open to believers of all faiths.

Transforming it from a mosque was a key reform under the new republic born out of the ashes of the Ottoman Empire.

Sharing a presidential decree which named Hagia Sophia as a "mosque", Erdogan announced its administration would be handed over to Turkey's religious affairs directorate known as Diyanet.

"May we be blessed," he commented. The decree was published on the official gazette.

Erdogan has in recent years placed great emphasis on the battles which resulted in the defeat of Byzantium by the Ottomans, with lavish celebrations held every year to mark the conquest.

Muslim clerics have occasionally recited prayers in the museum on key anniversaries or religious holidays.

The decision is intended to score points with Erdogan's pious and nationalist constituents," said Anthony Skinner of the risk assessment firm Verisk Maplecroft.

Hagia Sophia is arguably the most conspicuous symbol of Turkey's Ottoman past -- one which Erdogan is leveraging to strengthen his base while snubbing domestic and foreign rivals," he told AFP.

Police heightened security measures around the building, according to AFP journalists.

"It's been a dream since we were kids," said Erdal Gencler, an Istanbul resident.

Hagia Sophia) finds its true purpose again. We are very excited, proud, and hopeful that there will be beautiful services here," he added.

Fatma, a woman with tearful eyes, said: "Of course I am crying. (Hagia Sophia) belongs to us."

Ahead of the court decision, Justice Minister Abdulhamit Gul shared a picture of Hagia Sophia on his official Twitter account, with a message: "Have a good Friday."

The Council of State had on July 2 debated the case brought by a Turkish group -- the Association for the Protection of Historic Monuments and the Environment, which demanded Hagia Sophia be reopened for Muslim prayers.

Since 2005, there have been several attempts to change the building's status. In 2018, the Constitutional Court rejected one application.

Despite occasional protests outside the site by Islamic groups, Turkish authorities had until now kept the building as.(AFP/APP)