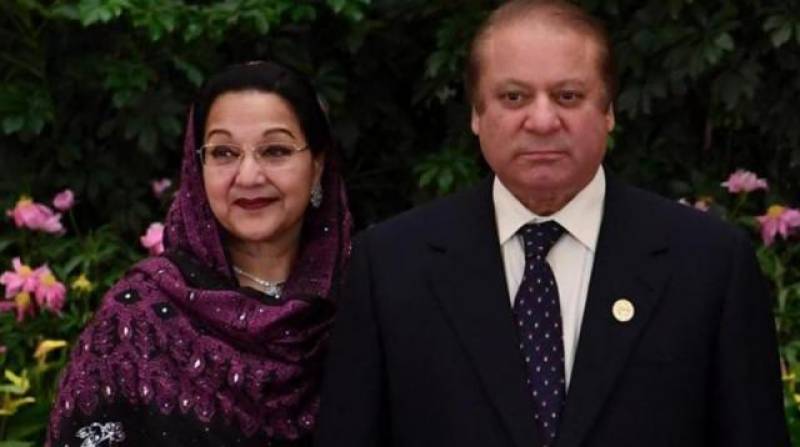 LAHORE - Nawaz Sharif, the former prime minister has told his family members who visited him on Thursday that while in jail he thinks about his late wife Kulsoom Nawaz the most.

His daughter Maryam Nawaz arrived at the jail to the sound of cheering PML-N workers, who also showered her car with rose petals. Other senior PML-N leaders to visit Nawaz in jail were Shahid Khaqan Abbasi, Mushahidullah Khan and Rana Sanaullah, among others.

They say the government is trying to protect its own corrupt people by leveling allegations of corruption against the opposition.

During his visit with his party leaders, Nawaz complained that he isn’t getting proper facilities. He asked about the political situation of the country and was briefed about loadshedding and the economic situation.

I don’t even have a TV, he said. The former premier said he is given a single newspaper, which he reads all day.