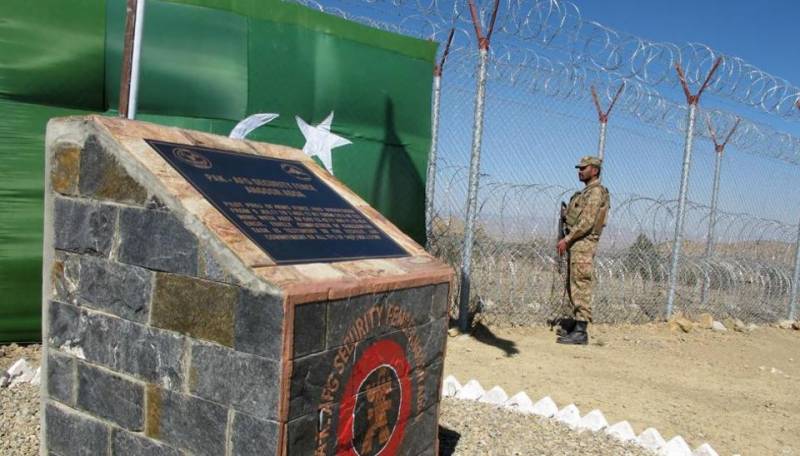 MIRANSHAH: General Officer Commanding Miranshah said on Friday that fencing of 160 kilometers along the Pak-Afghan border had been completed in segments in Bajaur, Mohmand, Khyber, North Waziristan and South Waziristan Agencies.

In a briefing to media here, he said that the project had been initiated with an estimated total cost of over Rs 56 billion. This fence will be suitably incorporated with technical surveillance means and border forts and posts, he said.

He said that in the second phase of the project fencing of 830 kilometer Miranshah portion along the Pak-Afghan border would be completed by December 2019.

He said effective border control was aimed at changing the centuries old paradigm of unregulated borders into a border, which is managed and regulated as per international best practices. It aims at denying illegal movement of persons and goods, thereby checking cross border movement of terrorists and their facilitators and abettors, he said.

He said that the work on Ghulam Khan Terminal was in the final stage and it would be opened by the end of ongoing month adding that after Chaman and Torkham it (Ghulam Khan) would be the third biggest trade route on Pak-Afghan border.

He said during Operation Zarb-e-Azb 237 hideouts of terrorists were destroyed, while in operations against the terrorists 818 soldiers embraced martyrdom and 3276 suffered injuries.

He said so far 7289 intelligence based operations (IBOs) were carried out in which 5165 suspects were apprehended.

Sharing details about socio-economic development projects, he said over $1.7 billion had been utilized so far to execute projects reaching out and impacting lives of approximately five million population of Federally Administered Tribal Areas (FATA).

Highlighting the impact of development works in FATA and Malakand he said since 2009 a total of 769 projects were executed under overall ambit of Rs 76 billion.

Sharing details about construction of forts/posts, he said around 750 forts with inter-fort distance of 1.5 - 3 kilometer had been planned along the Pak-Afghan border to cover frequented and unfrequented routes.

Presently, 40 forts have been completed, 15 are under construction, while the remaining are in pipeline, he added.

He said a total of 16 notified routes existed along Pak-Afghan border but there were hundreds of un-notified and unfrequented routes. As of now two notified border crossings - Torkham and Chaman have been equipped with biometric identification system.

While two other notified crossing Ghulam Khan and Karlachi are being developed, he said.APP/AFP