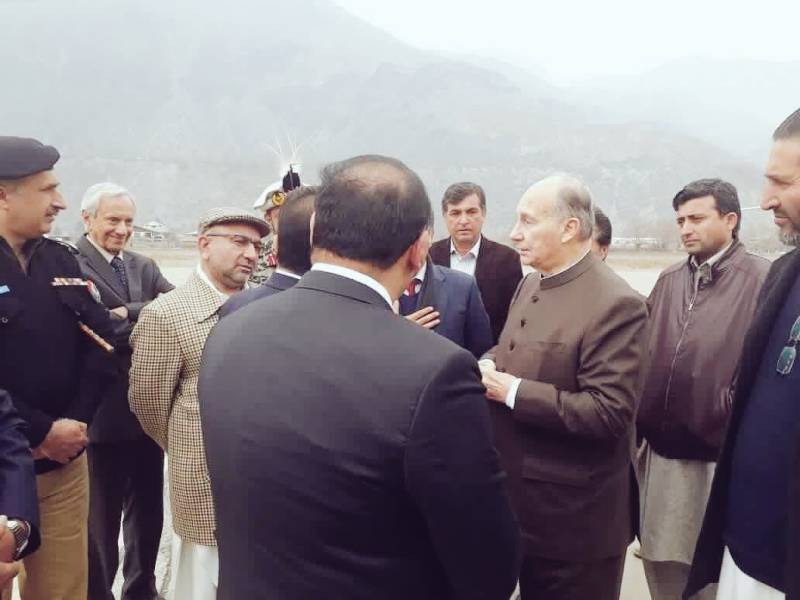 CHITRAL: Prince Karim Aga Khan, the spiritual leader and 49th Imam of the Shia Ismaili community, visited on Saturday the Chitral district in Khyber-Pakhtunkhwa. He addressed his followers, who had gathered in thousands at Garam Chashma and Boni areas.

Prince Karim arrived in Islamabad on an official visit to the country on the invitation of Prime Minister Shahid Khaqan Abbasi on Thursday. Minister for Foreign Affairs Khowaja Mohammad Asif, Minister for Capital Administration and Development Division (CADD) Dr Tariq Fazal Chaudhry and Mayor of Islamabad Sheikh Anser Aziz received him at the airport.

On Saturday, Prince Karim, who earlier held meetings with President Mamnoon Hussain and Prime Minister Shahid Khaqan Abbasi, was scheduled to reach the valley from Islamabad on a C-130 plane. However, he reached the valley three hours late on the helicopter of the Aga Khan Foundation due to the weather.