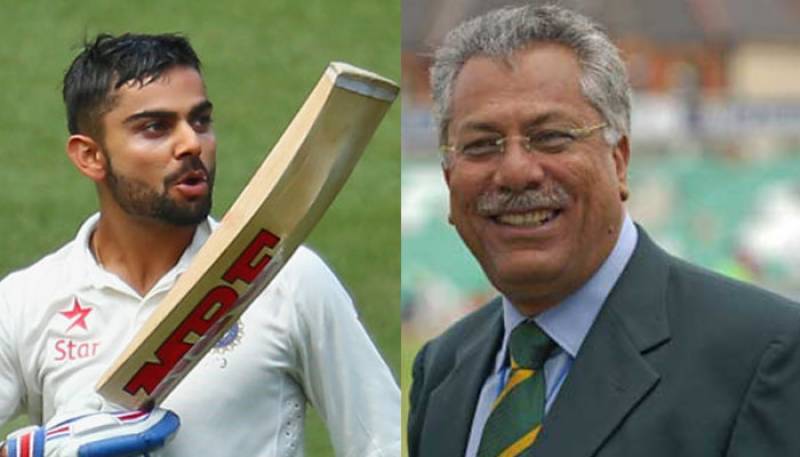 KARACHI: Indian skipper Virat Kohli has found another fan in Pakistan’s Zaheer Abbas who praised the No 1 Test batsman as a ‘legend’.

"I have seen a lot of great Indian players and he is right up there. I don't like comparing generations, because each era has its own demands, but Kohli is as good as anybody else," Zaheer said.

Abbas, famously known as Asian Bradman, was the first Asian to complete a 100 first-class hundreds. He sees a similar hunger that characterizes Kohli's batting.

"For me, a legend is one who dominates his own generation and Kohli is doing that with a degree of ease. That makes him already a legend," Zaheer said in praise of the Indian captain. It is the sense of authority in Kohli's game that has impressed Zaheer, who has 5062 Test and 2572 ODI runs.

He plays with a lot of authority on both sides of the wicket, giving you the impression that he is a class player. His feet movement is extremely assured and there's an element of fearlessness in his game which I really admire," Zaheer said.

Kohli’s remarkable century against England in difficult conditions was praised in the cricket world when he saved his team from a crushing defeat.

Shoaib Akhtar too, lauded his batting and termed him a role model for the younger generation.

“Virat quality of batting amazes me that he has the ability to score runs with lower order @ the same strike rate with top order which is incredible...I think virat kohli is the benchmark for world batsman’s to follow,” he tweeted.