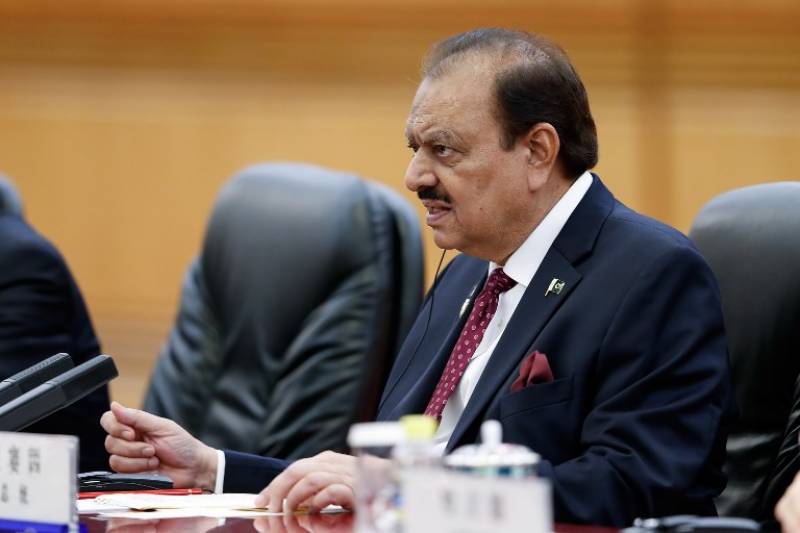 *ISLAMABAD - President Mamnoon Hussain accepted PTI’s request to postpone his tour to the UK for the prime minister’s oath-taking ceremony. *

*He has summoned the National Assembly’s session on Monday.*

The president was scheduled to visit Britain from August 15 to August 19. A British university was going to confer an honorary degree upon him. PTI leader Naeemul Haq had requested the president to postpone the tour for the prime minister’s oath-taking ceremony to take place.

The PTI, which is the party with the highest number of seats in the Lower House, has nominated Imran Khan as its prime ministerial candidate.

Earlier, caretaker Prime Minister Justice (retd) Nasirul Mulk had sent a summary to the president on August 8, requesting him to summon the National Assembly session on any day between August 12 and August 14.

The elected representatives of the National Assembly will take oath during the first session. The oath will be followed by the elections of the speaker, the deputy speaker and then the leader of the House.

The president has approved the interim PM’s summary. The session will happen on Monday, August 13.