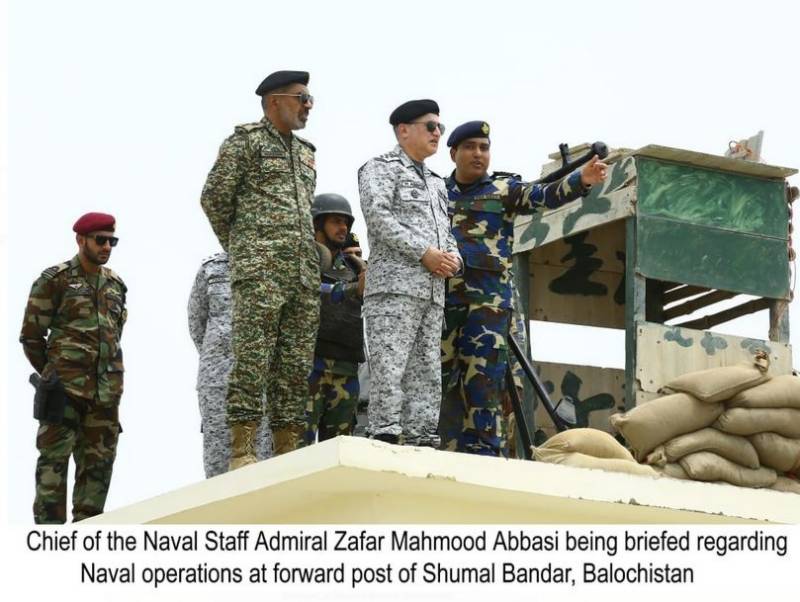 Upon arrival at Shumal Bandar, the Chief of the Naval Staff was received by Commander Coast Rear Admiral Moazzam Ilyas.

Later, a comprehensive briefing was given to Chief of the Naval Staff Admiral Zafar Mahmood Abbasi about the strategic importance of the forward post and steps taken by the Battalion for ensuring defence of the designated coastal belt.

Chief of the Naval Staff Admiral Zafar Mahmood Abbasi expressed his satisfaction on the operational readiness of the troops and further emphasized to ensure optimal alacrity of the troops to ensure seaward defence.

The CNS also interacted with troops of Pakistan Navy deployed on the coastal base and appreciated their morale and selfless commitment to defend the maritime frontiers of the country.

He also appreciated the participation of Pakistan Navy personnel in successful conduct of GE-2018.