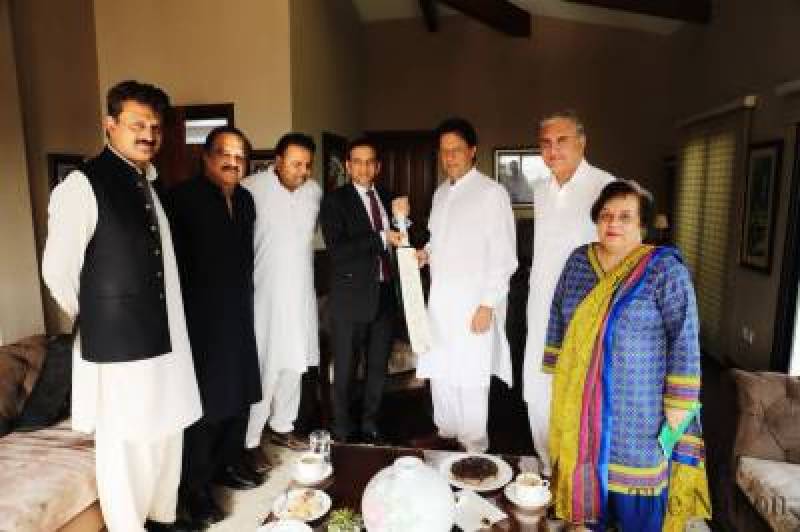 ISLAMABAD - Indian High Commissioner Ajay Bisaria called on Imran Khan, leader of Pakistan Tehreek-e-Insaaf at Banni Gala to greet him on success of his party that emerged as the single largest party in the 2018 general election.

“Khan sahab discussed the need to restart dialogue between Pakistan and India on all outstanding issues including Kashmir,” Shireen Mazari, a senior PTI leader said in a tweet and added; “He expressed concern over the human rights violations in IOK.”

Mazari who was present in the meeting said “Khan sahab also expressed the hope that the SAARC Summit will be held soon in Islamabad. The Indian HC said post the Modi phone call to Khan, there was a new optimism in India that relations would move forward positively.”

A statement from the PTI said the Indian High Commissioner expressed the hope of a positive era in the ties between the two countries.

The Indian prime minister had also telephoned Imran Khan following the overwhelming success of his party in the general election last week.

Prime Minister Modi during his phonic conversation had expressed good wishes for Imran Khan and said India was ready to start a new era of relations with Pakistan.

The two countries would have to adopt a joint strategy to move forward, he added.

The PTI Chairman had told Modi that since wars and bloodshed created tragedies, efforts should be made to resolve the issues through dialogue. The two countries would have to make joint efforts to retrieve the poor masses from the merciless clutches of poverty, he added.

Shireen Mazari also posted a picture of the High Commissioner along with the PTI Chief in which he presented Khan a cricket bat signed by the Indian cricket team.