In a worst blow to opposition alliance, PPP part ways with JUI-F
10 Aug, 2018 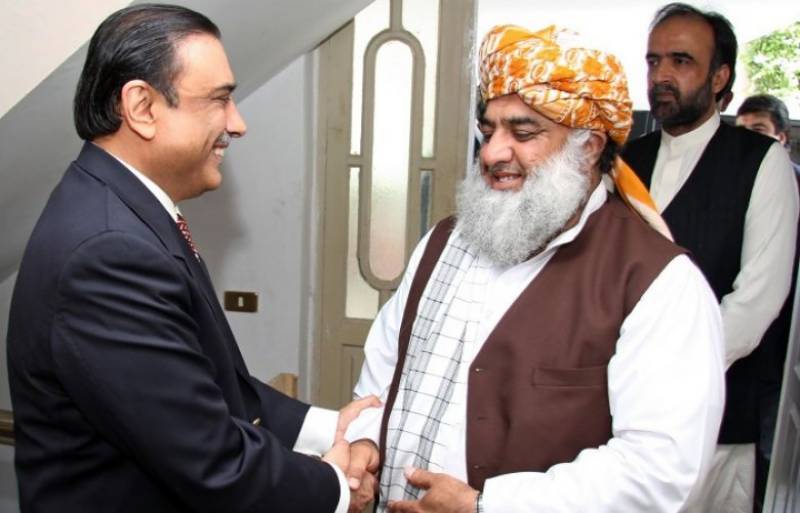 Bilawal while expressing concerns over Fazlur Rehman’s statement said that his party will only discuss election rigging in opposition’s grand alliance.

He directed his party members not to become part of any anti-institution statement and adopt effective demonstration and legal way inside the parliament.

Bilawal’s remarks came during PPP’s meeting held a day before.