HEC suspends over 400 MPhil and PhD courses from different universities across Pakistan
10 Aug, 2018 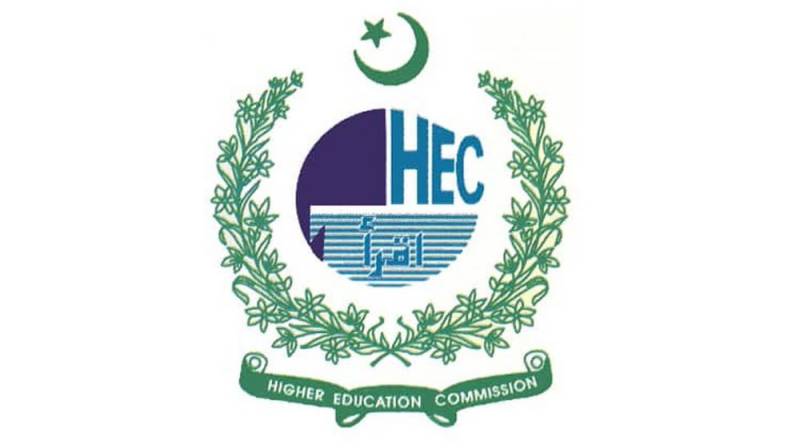 ISLAMABAD - The Higher Education Commission (HEC) has stopped over 400 courses related to MPhil and PhD from different universities for not meeting the standard criteria, revealed HEC officials.

“A committee of the HEC reviews the degrees of all universities and updates the syllabus after every three years,” said Executive Director (ED) HEC Dr Arshad Ali while briefing the Senate Standing Committee on Federal Education and Professional Training. The committee met with Rana Maqbool Ahmed in the chair.

The meeting commenced with a discussion on public petitions that were rendered to the Committee for review.

The committee discussed details regarding a public petition filed by Waqar Zahidi. The petitioner states that the notification of his PhD has been delayed by the National University of Modern Languages for the last six years. Chairman Committee, Rana Maqbool Ahmed recommended that a thorough examination of the issue be conducted. ------------------------------

According to Senator Prof. Dr. Mehr Taj Roghani, it is a sorry state of affairs that students are not facilitated in Pakistan. The petitioner stated that he had submitted his thesis in 2010 and that for more than six years he had been contacting the University so that he could defend it. He asserted that during these six years, there was not a single response to his emails.

Another petition that was discussed belonged to Muhammad Iqbal regarding the adoption of an alternative way for Foreign Foundation degree holders, addressed to the Chairman Senate of Pakistan. It was recommended that the Inter Board Committee of Chairmen (IBCC) and the Higher Education Commission (HEC) be consulted on this matter. The Chairman gave directions that the documentation of the case must be sent to the two organizations and that their representatives must be present in the next meeting for an in-depth discussion on this issue.

While addressing the public petition of Syed Hassan Raza regarding amendments in the Pakistan Engineering Council Act 1976, it was recommended that this matter be referred to the Ministry of Science and Technology.

Ishtiaq Ahmed rendered a petition regarding the revision and change of curriculum based on public administration, good governance and human rights. In the meeting, it was revealed that the curriculum is revised every three years and that any decision on this matter would have to wait due to a report from the Ministry of Federal Education and Professional Training.