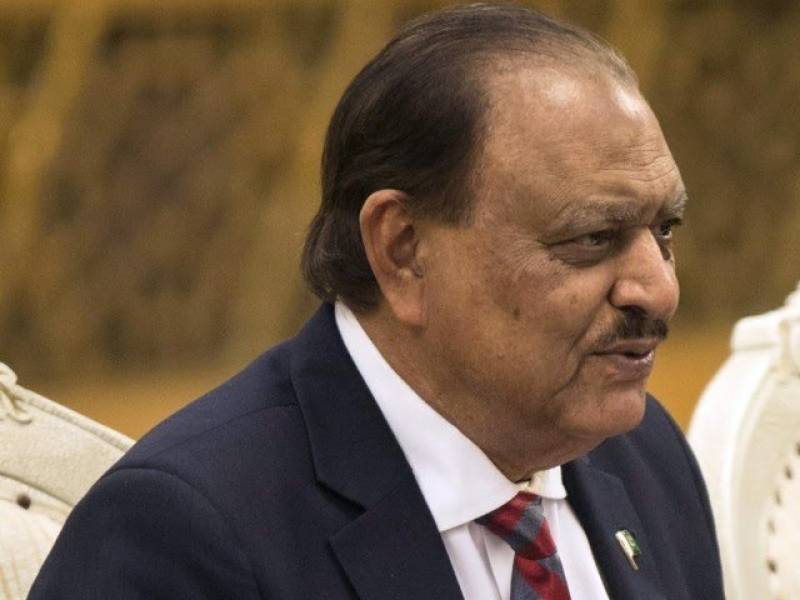 ISLAMABAD - President Mamnoon Hussain will administer the oath to Pakistan Tehreek-i-Insaf (PTI) chairman Imran Khan as the 21st elected prime minister of the country on August 17.

According to details, the president has postponed his plan to proceed to Ireland on a three-day official visit on Aug 16. The decision came during a meeting with caretaker Information Minister Ali Zafar.

Zafar stressed that the presence of President Hussain is necessary for government formation.

The President has directed Punjab Governor Rafique Rajwana and Khyber Pakhtunkhwa Governor Iqbal Zafar Jhagra to perform their duties until the formation of new government.