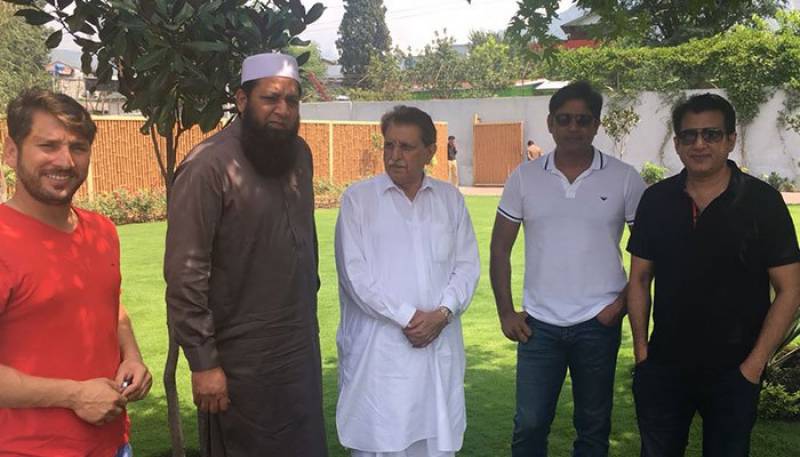 Qalandars are in Kashmir for their much-acclaimed player development programme. The trials in Muzaffarabad were conducted on Thursday while the trials in Mirpur will be held on Saturday.

According to Raja Farooq, Lahore Qalandars’ efforts are highly commendable as they have given new hope to the unnoticed talent of the country.

“It’s an honour for me to host them,” the AJK PM told at his residence.

“These efforts will help bring cricketers from Kashmir to mainstream cricket of Pakistan. Very soon, Kashmiri players will be representing Pakistan team,” he said.

Rana Atif, the CEO of Lahore Qalandars, thanked Raja Farooq for his hospitality.

The AJK prime minister also exchanged ideas with Yasir Shah and Inzamam on development of cricket in Kashmir.

He said that floodlights at the Muzaffarabad Sports Stadium should be installed this year, and also stressed the need of hosting cricket matches, including PSL, at the venue.