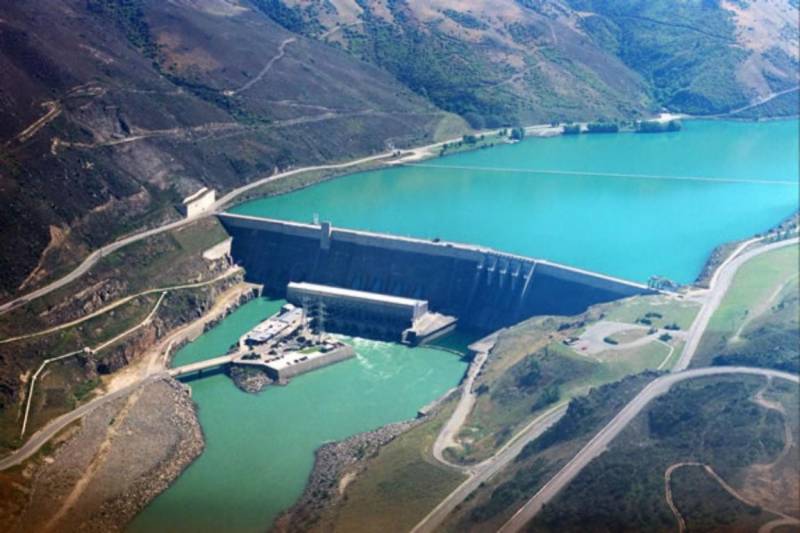 ISLAMABAD - PAKISTAN is facing acute water shortage and a UNDP report says that Pakistani authorities are negligent about an impending water crisis that is posing a serious threat to the country’s stability. Experts say the South Asian country is likely to dry up by 2025 unless necessary steps are taken to construct more dams and water storage facilities. There are no proper water reservoirs in the country. Pakistan hasn’t built new dams since the 1960s.

What we see is political bickering over the issue. The authorities need to act now. Pakistan can store water for only 30 days, and it is worrisome, Pakistan has the world’s fourth highest rate of water use. Its water intensity rate – the amount of water, in cubic meters, used per unit of GDP – is the world’s highest. This suggests that no country’s economy is more water-intensive than Pakistan’s.

The bulk of Pakistan’s farmland is irrigated through a canal system, but the IMF says in a report that canal water is vastly underpriced, recovering only one-quarter of annual operating and maintenance costs. Meanwhile, agriculture, which consumes almost all annual available surface water, is largely untaxed. Experts say that population growth and urbanization are the main reasons behind the crisis. The issue has also been exacerbated by climate change, poor water management, and a lack of political will to deal with the crisis.

What is even more disturbing is that groundwater supplies—the last resort of water supply—are being rapidly depleted. And worst of all is that the authorities appear to be oblivious of this doomsday scenario. In 1960 Pakistan signed the Indus Water Treaty (IWT) with India for which the World Bank was the guarantor. Accordingly, India has been building dams, barrages and water storage facilities. Pakistan on the on the hand, has been negligent and unmindful of water management issues.

Pakistan claims that New Delhi is not fulfilling its responsibilities under the IWT and voices concerns over India’s construction of new dams. It is true that India has not adhered to the IWT in letter and spirit but if Pakistan too had been investing in dams and water storage facilities, its water running down from the Himalayas due to the melting of snow and rain water from monsoon downpours would not be wasted travelling into the Indian Ocean without being utilized.

The scarcity of water is also triggering security conflicts in the country. Experts say the economic impact of the water crisis is immense, and the people are fighting for resources. Three out of four Pakistani provinces blame the most populous and politically empowered province, Punjab, for usurping their water sources. The Kalabagh Dam, which would have solved the water and energy shortage crisis to some extent became politicized and was never constructed.

The Diamer-Bhasha Dam, which is a concrete-filled gravity dam, is in the preliminary stages of construction on the River Indus in Gilgit Baltistan in Pakistan. Its foundation stone was laid by then Prime Minister Yusuf Raza Gilani on October 18, 2011. Upon completion, Diamer-Bhasha Dam would be the highest roller compacted concrete (RCC) dam in the world. The dam site is situated near a place called “Bhasha” in Gilgit-Baltistan’s Diamer District, hence the name.

Once completed, Diamer-Bhasha Dam would (i) produce 4,500 megawatts of electricity through environmentally clean hydropower generation; (ii) store an extra 8,500,000 acre feet (10.5 km3) of water for Pakistan that would be used for irrigation and drinking; (iii) extend the life of Tarbela Dam located downstream by 35 years; and (iv) control flood damage by the River Indus downstream during high floods. The construction faced impediments because of financing.

The World Bank as well as the Asian Development Bank refused to finance the project until India provided an NOC to the project. Pakistan tried to place the Diamer-Bhasha Dam under the umbrella of China Pakistan Economic Corridor (CPEC) but later dropped its bid as China placed strict conditions including the ownership of the project. On July 04, 2018, the Supreme Court of Pakistan directed the government to begin construction on the dam, as well as the Mohmand Dam, to resolve the water shortage.

Last week twelve schools were burnt down in the Diamer Bhasha region. The miscreants have also carried out other terror attacks. The government has realized that the enemy would not like to see the completion of the project as it would help stabilize Pakistan thus the Diamer Bhasha Dam is in the cross hairs of terror mongers.

The local police as well as the Force Command Northern Areas (FCNA) are looking for the culprits responsible for the heinous act. It is obvious that anti-terrorist forces need to be involved because the actual target is the Diamer Bhasha Dam. The enemy is concentrating on damaging the water and energy sources of Pakistan but we need to block its heinous agenda.