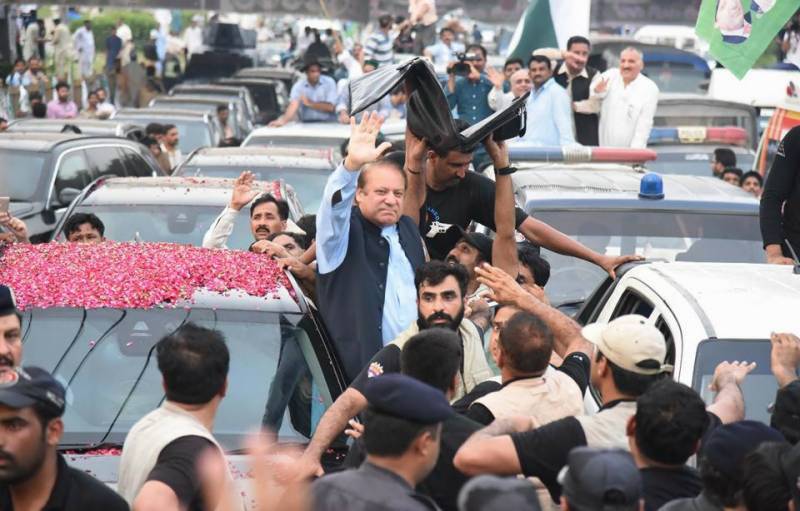 The caravan speed had been increased to 100 KPH due to the severe security threats.

However the less number of people for his welcome had also been cited as another reason for his fast journey.

Earlier, addressing a huge gathering and participants at Committee Chowk Rawalpindi last night, Nawaz Sharif said it is time to strengthen democracy in the country. He termed it a dark aspect of history of Pakistan that no Prime Minister was allowed to complete his term.

The former Prime Minister said there is not even a single allegation of corruption against him and he was de-seated for not receiving a salary from his son's company.

He said objective of the rally is not to restore his seat rather betterment of the country.

Talking about development projects, Nawaz Sharif said China-Pakistan Economic Corridor is a historic project, which will prove a milestone in development and prosperity of the country.

He said load-shedding will completely be overcome by 2018.