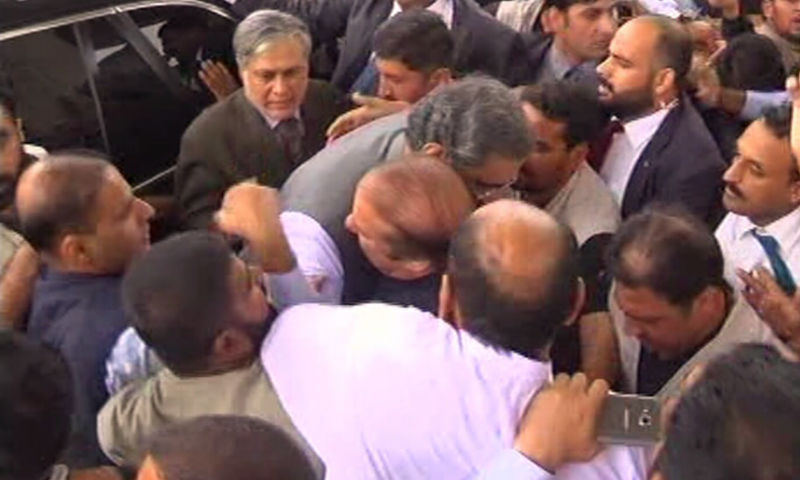 RAWALPINDI: Former prime minister Nawaz Sharif rally at Committee Chowk was reported between 8 to 12 thousands in numbers by different government agencies and as well as by the media sources.

The number of vehicles initially reported 950 were subsequently increased on Muree Road.

Nawaz Sharif while addressing gathering at late Wednesday, took pledge from the people that they would get their mandate respected.

The former premier reached Rawalpindi's Committee Chowk in the form of a rally after 12 hours since departing from Punjab House, Islamabad.