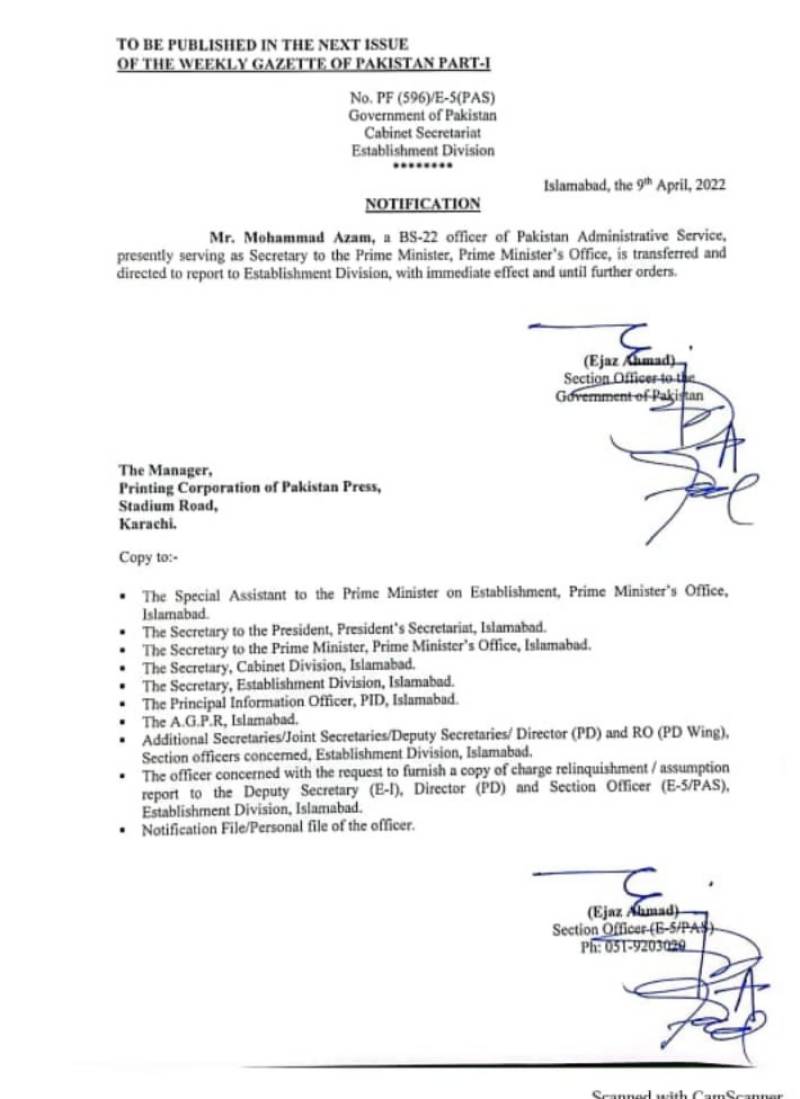 The Principal Secretary to Prime Minister Azam Khan has been removed from his post and directed to report to establishment division.