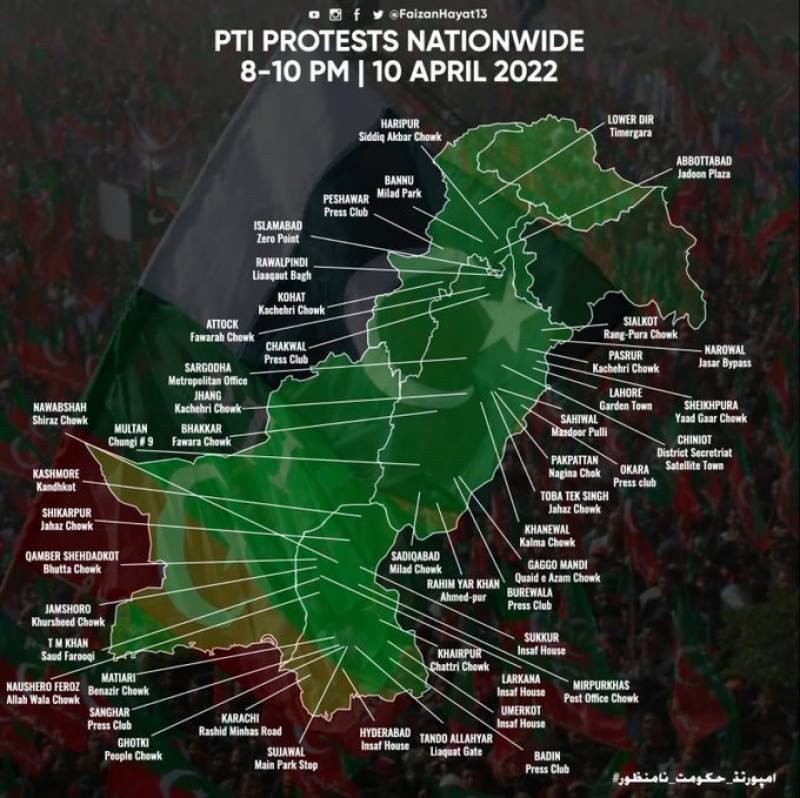 The Pakistan Tehreek-i-Insaf (PTI) took out rallies in several cities of the country to protest against the ouster of former prime minister and party chairman Imran Khan through a successful vote of no-confidence the previous night.

Earlier in the day, Khan tweeted that today marked the beginning of a "freedom struggle" against what he called was a "foreign conspiracy of regime change". In an attempt to galvanise his supporters, he said "it is always the people who protected their own sovereignty and democracy."

PTI spokesperson Fawad Chaudhry had also called on the people link to stage protests after Isha prayers while speaking to the media in Islamabad earlier in the day. He said that Khan not leading a massive movement would amount to a "betrayal with the country's politics and Constitution".