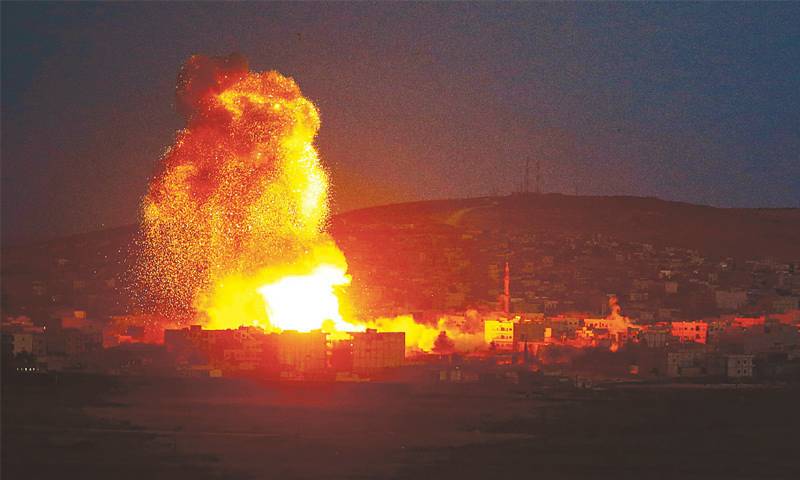 TEHRAN- Iran said on Tuesday the number of its soldiers killed in an air strike in Syria this week had risen to seven and that it would not go unanswered.

Iranian media reported that seven bodies had been flown back to Tehran for burial following Monday's strike against the T-4 airbase <link> in Homs.

Syria, Russia and Iran have blamed Israel for the attack, which Tehran had initially said killed four military advisors.

Iran is a key ally of the Syrian government, alongside Russia, and Velayati was speaking on arrival in Damascus where he was due to meet with President Bashar al-Assad, according to *ISNA*.

Meanwhile, Foreign Minister Mohammad Javad Zarif hit back at US President Donald Trump, who has said Russia and Iran share the blame for an alleged chemical attack <link> in a rebel-held town in Syria.

Iran “has consistently condemned use of chemical weapons by anyone (and) is itself the victim of their use by Saddam with US support,” Zarif wrote on Twitter, referring to chemical attacks during Iran's war with Iraq in the 1980s.