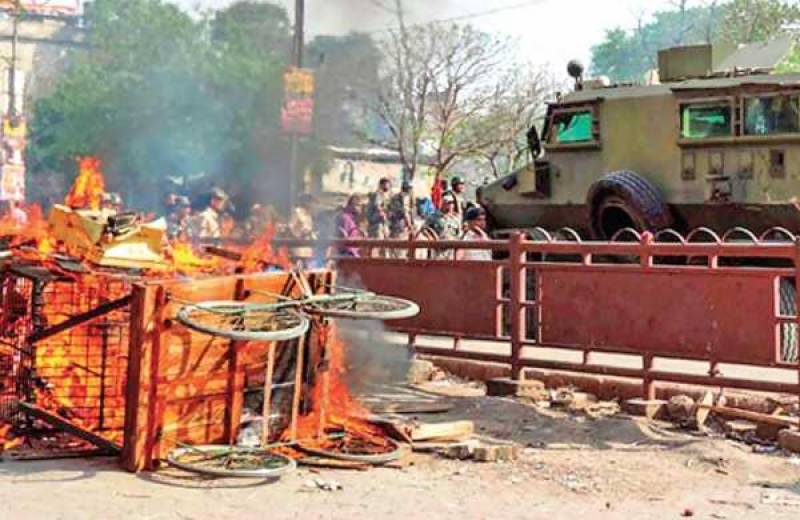 NEW DELHI: A team of activists and journalists that recently visited riot-affected places in Bihar put out a report on Monday claiming the Ram Navami clashes did not break out spontaneously but were a form of “organised violence” in which some politicians and public officials took part.

The team, comprising Prashant Tandon, Nadeem Khan, Hasnul Banna (journalist), Farrah Shakeb and a few others, have sought an independent judicial inquiry into the matter.

The team spoke to witnesses and victims from both communities in Siwan, Gaya, Kaimur, Aurangabad, Samastipur, Munger, Nawada, Nalanda, Haiderganj and Rosera.

“...it was very clear that the violence was not spontaneous but was pre-planned and very carefully orchestrated by the BJP and Bajrang Dal hooligans,” the report claimed.

The pattern of violence in the riot-affected areas was similar and conditions laid down by police to take out Ram Navami processions were violated, the report said. “All the conditions and routes listed out by police were violated... The rallies were forcefully taken to Muslim areas, where extremely derogatory communal songs were played and communally provocative slogans were given.

This was followed by large-scale violence, where particularly mosques and Muslim properties were targeted by the mob.

In many places, they even destroyed properties and shops owned by Hindus,” the report alleged.

Stressing that the violence was “meticulously planned”, the team said mobs carried swords ordered online. CDs and pen-drives with provocative songs and slogans were distributed. One person died and over 65 were injured in the violence.