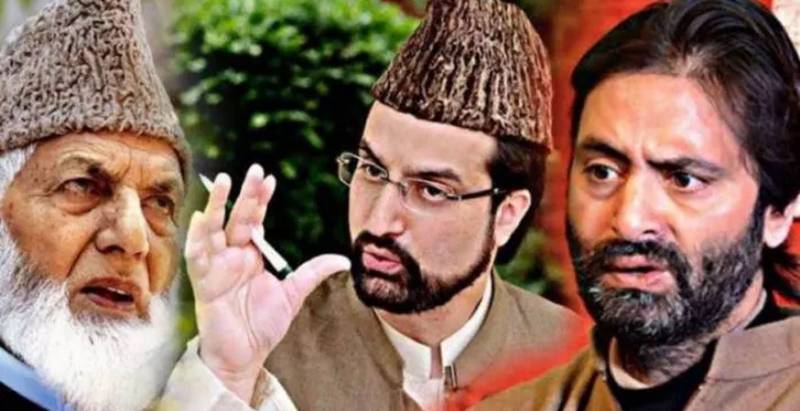 ISLAMABAD:In occupied Kashmir, the Joint Resistance Leadership has condemned the arrest of seven activists of Dukhtaran-e-Millat by Indian police in Pulwama.

Syed Ali Gilani, Mirwaiz Umar Farooq and Muhammad Yasin Malikin a statement in Srinagar deplored that after brutalizing the Kashmiri youth Indian forces even did not allow people to mourn their death.

They said this is utmost highhandedness and moral bankruptcy to handcuff female freedom activists.

The resistance leaders appealed to the international forums of justice and human rights organizations to take cognizance of the gross human rights violations by the Indian forces’ personnel in the occupied territory. APP/AFP