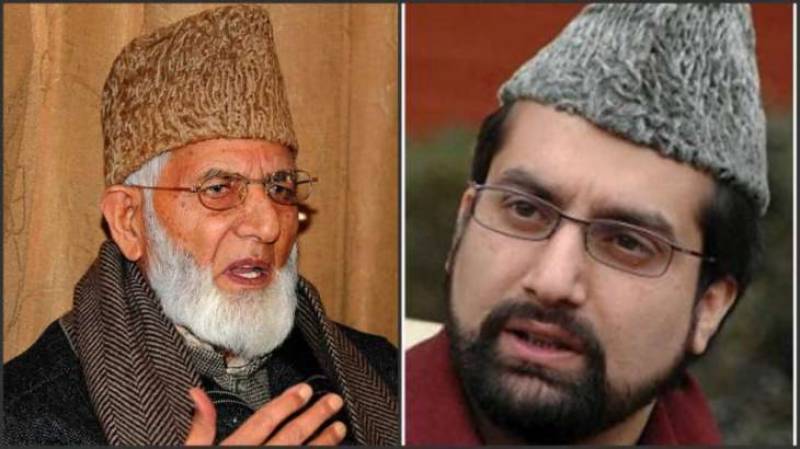 ISLAMABAD: In occupied Kashmir, the All Parties Hurriyat Conference Chairman, Syed Ali Gilani, the forum led by Mirwaiz Umar Farooq and other Hurriyat leaders and organizations have paid rich tributes to the eight Kashmiri youth, martyred by the Indian troops in Badgam district on this day, last year.

The eight youth were martyred and over two hundred were injured when the Indian troops opened indiscriminate fire on demonstrators protesting against the exercise of sham Indian parliamentary elections in Badgam, Srinagar and Gandarbal districts.

In a statement, Syed Ali Gilani said that all these martyrs had conveyed a message that the Kashmiri people would never surrender despite all atrocities and excesses perpetrated by the troops.

The Mirwaiz-led forum said the people of Kashmir have always termed India-sponsored elections as a drama, because Kashmir is not an administrative issue, but it is an issue of the right to self-determination.

Muhammad Ashraf Sehrai reiterated the commitment of the Kashmiri people to carry forward the martyrs’ mission to its logical conclusion.

Meanwhile, complete shutdown was observed in Badgam district, today, to denounce the killings of civilians by Indian troops during the farcical Indian parliamentary elections in the district, last year.

In a statement today, Kashmir University Students' Union, said that Indian state has waged a war against the people, particularly the youth, of Kashmir. APP/AFP