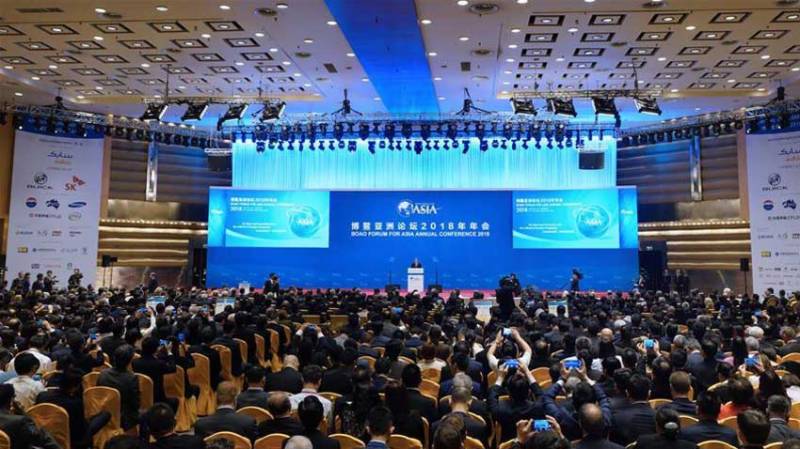 In his key note address Chinese President Xi Jinping said China is the second biggest economy of the world. Its GDP has reached at 9.5 percent.

He said China has progressed rapidly during the last forty years. APP/AFP