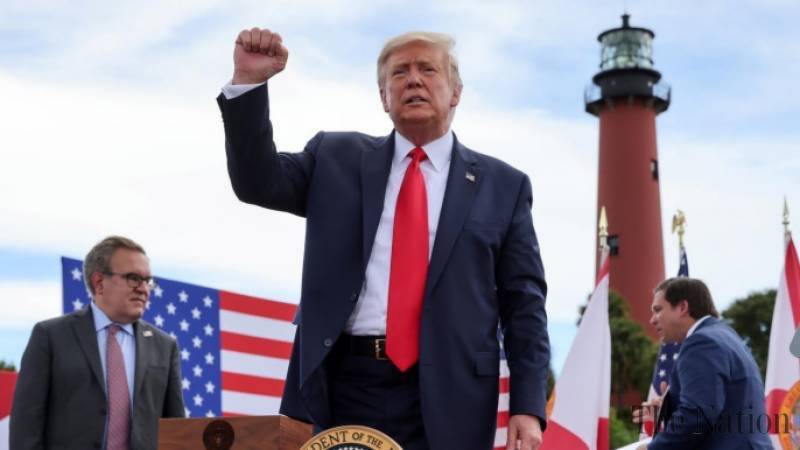 The US will call back some 2,200 soldiers from Iraq by the end of September, a top commander announced on Wednesday.

Gen. Kenneth McKenzie, head of the US Central Command, told reporters that the number of US troops in Iraq will be brought down from about 5,200 to 3,000, according to the BBC.

He said the remaining soldiers will continue to cooperate with Iraqi security forces in efforts for “rooting out the final remnants” of the Daesh/ISIS terror group.

Last month, US President Donald Trump reiterated his desire to call back all American troops from Iraq, saying the withdrawal would take place as soon as possible.

During his 2016 presidential election campaign, Donald Trump pledged specifically to reduce the United States' foreign military involvement, gradually taking steps towards the goal by withdrawing servicemen from conflict zones where US troops are dispatched.

Along with that, another statement on Afghanistan will be given "in the coming days".

"A senior administration official told reporters on Air Force One to expect an announcement tomorrow on further troop withdrawals from Iraq, and another announcement in the coming days about Afghanistan," White House reporter for the Los Angeles Times Chris Megerian tweeted Tuesday.

A senior administration official told reporters on Air Force One to expect an announcement tomorrow on further troop withdrawals from Iraq, and another announcement in the coming days about Afghanistan.

The reduction of troops' numbers in foreign countries was one of Trump's key campaign pledges, with POTUS stressing his opposition to "endless wars" recently.

Currently, around 5,200 American troops are located in Iraq, justified by a goal to fight remnants of Daesh* in the area. In August, The Wall Street Journal reported that the US will be reducing its troops in Iraq by one-third, to about 3,500, due to the shift from combating Daesh* to developing Iraq's own security forces. The unnamed sources cited in the report claimed that the withdrawal was connected with the upcoming US presidential election.