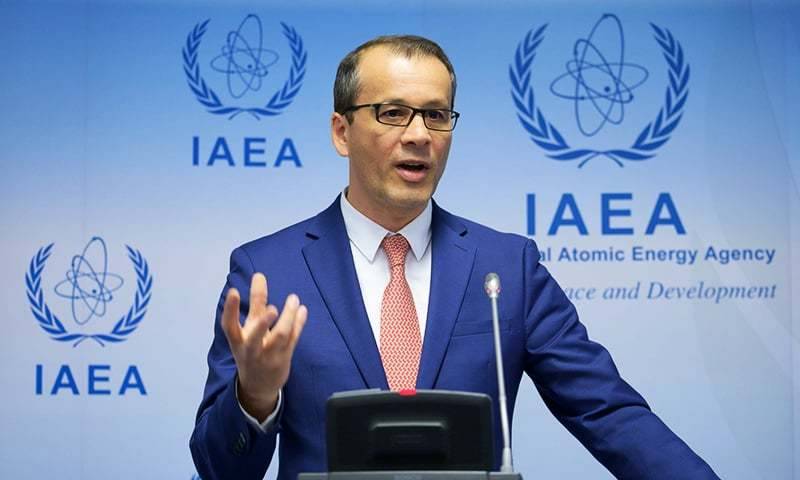 ISLAMABAD - The acting head of the UN nuclear watchdog on Monday called on Iran to “respond promptly” to the agency's questions regarding Tehran's nuclear programme.

Cornel Feruta was addressing the quarterly board meeting of the International Atomic Energy Agency (IAEA) a day after meeting high-level Iranian officials in Tehran.

He said that in his meetings he “stressed the need for Iran to respond promptly to agency questions related to the completeness of Iran's safeguards declarations”, adding: “Time is of the essence.”

Earlier Monday, the IAEA confirmed that Iran was installing advanced centrifuges, a move that puts further pressure on the troubled 2015 nuclear deal with world powers.

The IAEA's latest statements come a day after Tehran hit out at European powers, saying they had left Iran little option but to scale back its commitments under the 2015 Joint Comprehensive Plan of Action (JCPOA).

In its statement, the IAEA added that the centrifuges had been installed at Iran's Natanz facility and all of them “had been prepared for testing with UF6 (uranium hexafluoride), although none of them were being tested with UF6 on September 7 and 8, 2019”.

Under the JCPOA Iran is only meant to enrich uranium using the less advanced IR-1 centrifuge model. 'Wrong approach'

Iran has said that notwithstanding its reduction of commitments under the JCPOA, it will continue to allow access to IAEA inspectors who monitor its nuclear programme.

Iran has already broken the limits on uranium enrichment levels and the overall stockpile of enriched uranium laid down in the JCPOA. The landmark accord has been under mounting pressure since the US withdrew from it in May 2018 and then re-introduced sanctions on Iran.

Earlier Monday, China — a signatory to the JCPOA along with France, Germany, Britain and Russia — called on the US to “give up its wrong approach such as unilateral sanctions and extreme pressure against Iran.

“At the same time, all parties to the agreement should also commit themselves to the full and effective implementation” of the JCPOA, Chinese foreign ministry spokeswoman Hua Chunying told reporters in Beijing.

“We hope that the relevant parties can meet at halfway and push for the easing of tensions around the Iranian nuclear issue,” Hua said. -APP / AFP