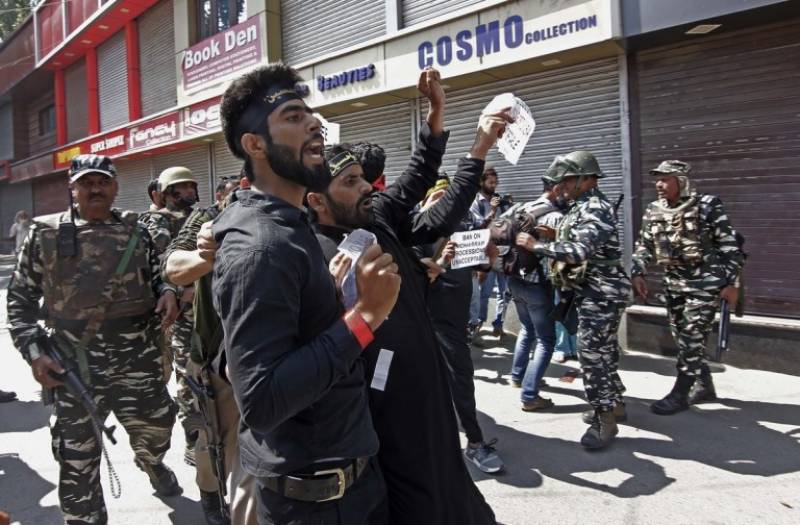 In occupied Kashmir, several people were injured after Indian troops resorted to brute force on the people who defied curfew and other restrictions and participated in Muharram processions in different areas of the territory.

At least 12 participants were injured as the troops used pellet guns and fired teargas shells to stop the traditional Muharram processions in Srinagar and Badgam districts. Six troops were also reportedly injured during the clashes. Scores of mourners were arrested by the Indian forces. There have been frequent clashes for the past many days as troops have been trying to block the processions.

Police vans fitted with loudspeakers patrolled and warned people to stay indoors and not venture out of their homes. Commercial hub of Lal Chowk and adjacent areas of Srinagar are completely sealed off with concertina wires at all entry points.

A large number of Indian forces’ personnel are deployed in every nook and corner to restrict the civilian movement.

Meanwhile, the occupied territory continued to reel under strict military siege on the 35th consecutive day, today, as all markets are closed while transport is off the road.

There is no internet and mobile phone service in the Kashmir valley, which remains cut off from the rest of the world since August 5.