Hundreds of Muslims in Florida held rally in support of Occupied Kashmir against Indian government
9 Sep, 2019 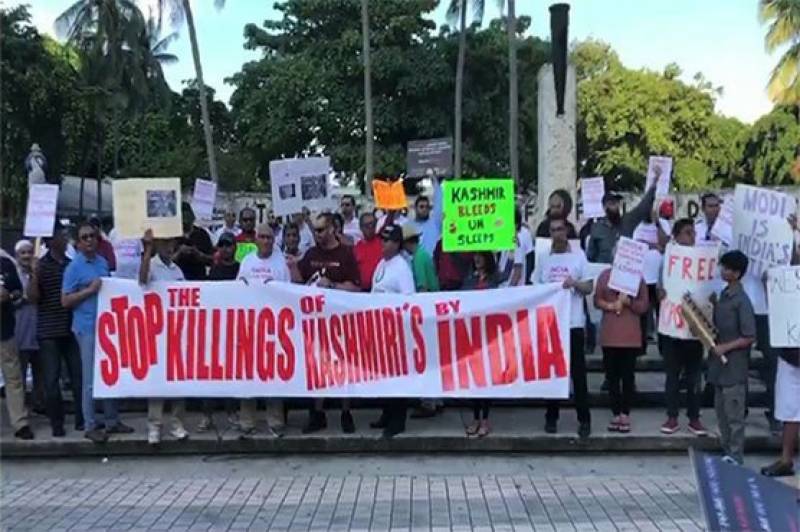 FLORIDA: Hundreds of Muslims in Florida held rally in support of Occupied Kashmir against Indian government act of revoking special status of valley and atrocities against Kashmiri Muslims.

The human rights groups and Muslim community of Downtown Miami held a protest rally at Bayfront Park Florida to express solidarity with the people of Kashmir in the wake of the revocation of the occupied valley’s special status by the Indian government.

The protestors condemned the Indian forces atrocities and brutalities in the occupied Kashmir.

According to report, hundreds of Muslims participated in the protest organized by ICNA Council for Social Justice to oppose the fascism, settler colonialism, occupation and human rights violations in Occupied Kashmir from the government of India.

The protesters were carrying banners and placards inscribed with slogans in favour of Kashmiris and against Indian occupation of the valley.