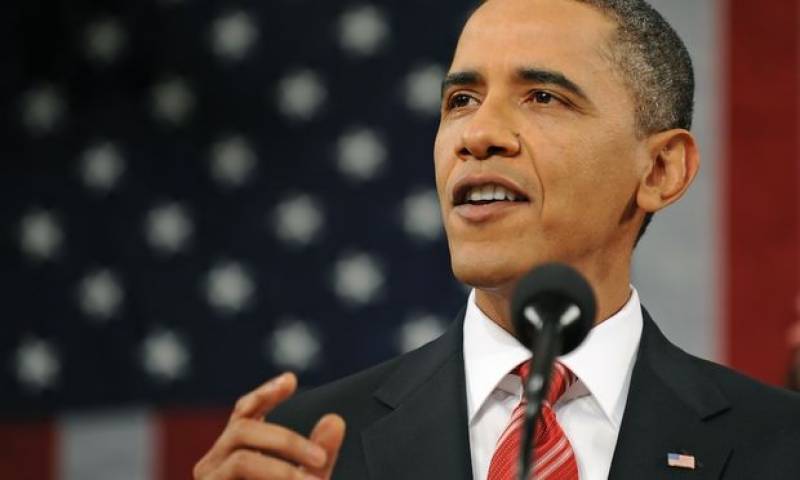 VIENTIANE (APP) - US President Barack Obama warned Beijing Thursday it could not ignore a tribunal's ruling rejecting its sweeping claims to the South China Sea, driving tensions higher in a territorial row that threatens regional security.

The dispute has raised fears of military confrontation between the world's superpowers, with China determined to cement control of the strategically vital waters despite a July verdict that its claims have no legal basis.

"The landmark arbitration ruling in July, which is binding, helped to clarify maritime rights in the region," Obama told Southeast Asian leaders at a summit in Laos.

"I recognise this raises tensions but I also look forward to discussing how we can constructively move forward together to lower tensions and promote diplomacy and stability."

The verdict by an international tribunal in The Hague said China's claims to most of the waters -- through which $5 trillion in global shipping trade passes annually -- had no legal basis.

It also said that a massive burst of artificial island-building activity undertaken by China in recent years in a bid to bolster its claims was illegal.

China angrily vowed to ignore the ruling, describing it as "waste paper", even though it had legal force through the United Nations Convention on the Law of the Sea.

Obama's emphasis on the ruling being legally "binding" attracted an immediate reaction from China, which has argued the United States has no role to play in the dispute.

"We hope the US can take an objective and just attitude with respect to South China Sea issues," Chinese foreign ministry spokeswoman Hua Chunying said in Beijing.

Other claimants in the sea are the Philippines, Vietnam, Malaysia and Brunei -- all part of the 10-member Association of Southeast Asian Nations (ASEAN) bloc meeting in Laos -- plus Taiwan.

Chinese Premier Li Keqiang is also in Laos this week, with ASEAN hosting a series of regional meetings, and gathered with Obama later Thursday at an 18-nation East Asia summit.