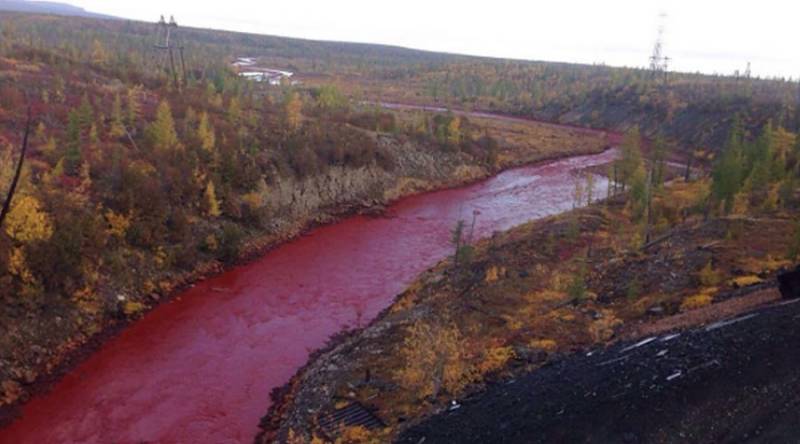 The claim was denied by a nearby factory, run by Norilsk Nickel the world's biggest producer of nickel and palladium.

"We believe that a factory pipe must have broken and discharged its waste into the river," Greenpeace Russia spokesman Vladimir Chuprov said.

"What happened with the River Doldykan is an example of the cost of industrialisation in Russia's far north," he said, adding that the river had also turned red in June following a similar accident.

On Wednesday, Russia's environment minister ordered an inquiry into a possible industrial accident after the river, near the town of Norilsk, suddenly took on the bright red hue.

The minister said "the rupture of a drainage pipe at the Norilsk nickel factory" could have been the cause of the sudden colour change. Norilsk is a town of around 170,000 people.

The factory has denied any leak from its premises close to the river and said the colour was "no different to its usual one".

Greenpeace Russia on Thursday publicised a picture in which the river appears to be a vivid red.

"We have asked a local laboratory to do an analysis and we are going to ensure that the authorities cannot hide this catastrophe," Chuprov added.