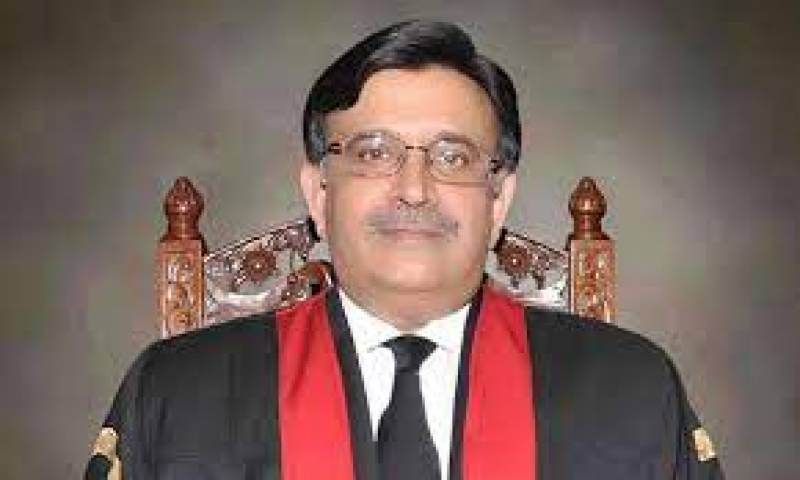 Justice Mansoor Ali Shah and Justice Sardar Tariq Masood Saturday wrote a letter to the Honorable Chief Justice of Pakistan Umar Ata Bandial for the appointment of judges on the vacant seats in the Supreme Court, reported 24NewsHD TV channel.

Both the members of the judicial commission demanded convening a meeting of all the judges in the Judicial Commission of Pakistan and the Chief Justice to fulfil the constitutional obligation and to keep the constitutional courts fully functional in order to ensure speedy dispensation of justice across the country and mainly to prevent any rumours and speculation about petty politics from rising.

In a letter dated October 7, they explained that a JCP meeting should “automatically be scheduled” at the earliest in case of any vacancy in the apex court to fulfil the constitutional obligation under Article 175A(8) of the Constitution that states: “The commission by a majority of its total membership shall nominate to the Parliamentary Committee one person, for each vacancy of a Judge in the Supreme Court, a High Court or the Federal Shariat Court, as the case may be.”

The judges said that it was the responsibility of every JCP member to ensure vacancies in the courts were timely filled out and any inordinate delay in this would be “unfortunate and undesirable”.

The letter said there were currently five vacancies in the apex court since February, adding that they had “time and time again requested” the CJP to hold a JCP meeting to fill the vacancies but their meetings with him on the subject “ended in vain”.

It was also written in the letter that a senior judge Justice Qazi Faiz Isa wrote a letter to the Chief Justice on the 28th of September which bore no fruit and the earlier meetings of both the judges with him also ended in vain.

According to the rules, a new judge should be appointed within 30 days of the retirement of the former one and yet even after nine months of the seats being vacant, the seats in the Supreme Court are still vacant.

They said in the letter that is the responsibility of Chief Justice Pakistan to ensure that seats in the Supreme Court are not left vacant. The JCP is not Supreme Court but an independent Constitutional body.

In the end, the letter-writing judges suggested that the Chief Justices of the High Courts should be considered. They gave another suggestion that two Senior Judges from every High Court be considered.