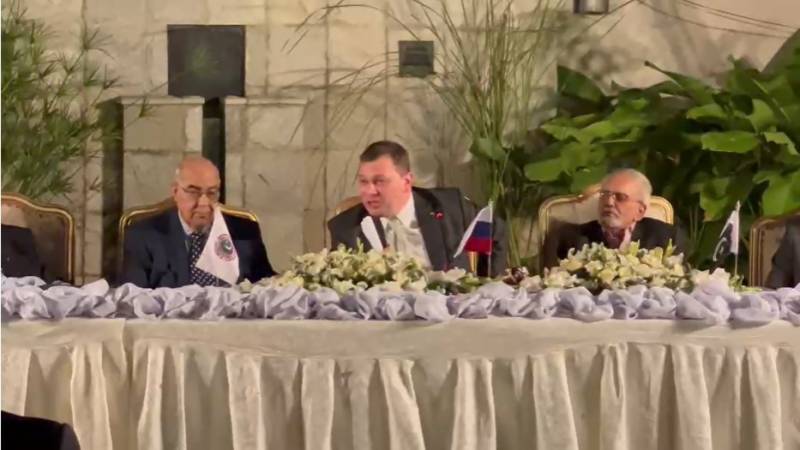 He was addressing a seminar on the Russia-Ukraine conflict organised by Pakistan Council on Foreign Relations in Karachi.

“We consider Pakistan a friendly country and want to cooperate with it. We are ready for the gas pipeline project,” the Russian envoy said.

“We are also ready to invest in the steel mills project, but the government has to solve three major problems—gas supply, trade union issues and land issues,” he added.

In response to a question, the Russian consul general said that Russia had been trying to resolve the Ukraine issue through dialogue for eight years.

“But, due to the intervention of world powers, it was not possible. The issue could not be resolved peacefully,” he added.

“The Russian population was being massacred in Ukraine. The NATO had been brought to our border. Such conditions had been created that were a threat to the security of Russia,” he stated.

The Russian consul general said that every year, dozens of Pakistani students were being given scholarships. “We are also working in the field of culture. Activities are underway to increase trade between the two countries, and they will bring positive results,” he added.

Andrey Fedorov also said that Pakistan’s role in the Russia-Ukraine conflict was neutral. “There was pressure from the West on Pakistan’s Prime Minister and Foreign Minister, but their role was very balanced.”

The ceremony had been organised by Ahsan Mukhtiar Zuberi, the General Secretary of Pakistan Council on Foreign Relations.

Members of the business community participated in the ceremony and asked various questions from the Russian consul general.