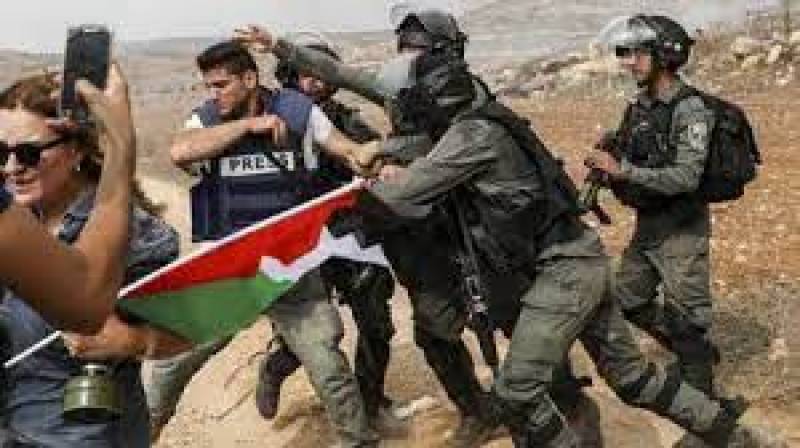 Two Palestinians including a teenager were killed in unrest in the occupied West Bank on Wednesday, one of them in clashes during a visit by right-wing Israeli politicians to a sensitive religious site.

The Palestinian health ministry said Mahdi Mohammad Hashash, 15, died of "serious wounds caused by shrapnel... during the occupation's (Israel's) incursion into Nablus", the largest city in the northern West Bank.

The Israeli military said troops had been in the area to secure "the entrance of worshippers to Joseph's Tomb", believed to be the last resting place of the biblical patriarch Joseph and a flashpoint for West Bank violence.

It said "shots were heard" at the site and troops fired "towards a terrorist who placed a bomb in the area".

"A hit was identified," it added, without directly commenting on Hashash's death.

The Palestinian Red Crescent said three others were wounded in the clashes.

The Al-Aqsa Martyrs' Brigades, the armed wing of Palestinian president Mahmud Abbas's secular Fatah movement, issued a statement claiming Hashash as one of its members.

A Jewish settler organisation told AFP that eight Israeli politicians -- current lawmakers and others elected on November 1 who have yet to be sworn in -- were visiting Joseph's Tomb.

Hours later, the ministry said Rafaat Issa, 29, had been killed "by Israeli fire" in a separate incident west of the city of Jenin.

The official Palestinian news agency Wafa said Issa was shot near the Israeli-built barrier that runs along the West Bank border.

There was no immediate information on clashes in the area, but Palestinians have previously been killed while trying to cross the barrier.

The army did not immediately provide information about the incident.

A surge in support for Israel's far right in last week's general election sealed victory for Netanyahu over centrist incumbent Yair Lapid, setting him up to form what may be the most right-wing government in the country's history.

The army declined to confirm that troops were guarding lawmakers in Nablus, identifying the group only as "worshippers".

Hashash was buried later Wednesday, with family and friends packing the Nablus morgue as the funeral procession began.

The Palestinian office of religious sites considers Joseph's Tomb to be an Islamic archaeological monument.

The Israeli army organises monthly escorted pilgrimages to the site but prohibits civilians entering on their own.

Israel has occupied the West Bank since 1967.

About 475,000 Jewish settlers currently live in the West Bank in communities considered illegal by most of the international community, alongside some 2.9 million Palestinians.

This year is on track to be the deadliest in the territory since 2015. -APP/AFP