Skipper Babar Azam took a jibe at his critics in the post match press conference
9 Nov, 2022 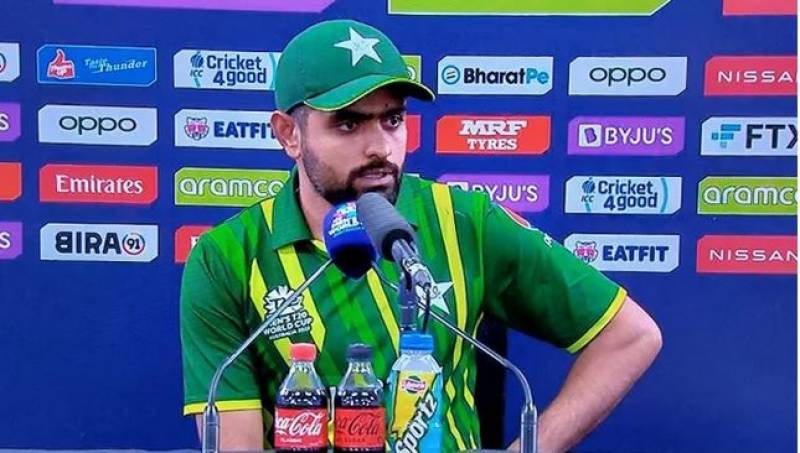 SYDNEY – Pakistan skipper Babar Azam on Wednesday took a jibe at the critics of the Pakistan cricket team and advised them to "enjoy" the team's victory to the T20 World Cup final.

The Pakistan cricket team faced criticism after losing a couple of crucial matches in the early phase of the ongoing T20 World Cup in Australia. People were trying to forget Pakistan's poor performance in the match against India when the Babar-led squad lost another crucial match to Zimbabwe.

People also questioned the performance of Pakistan's opening batting pair, Babar Azam and Muhammad Rizwan, and some suggested before the semi-final match against New Zealand that the opening pair should be changed.

Speaking at the post-match press conference, Babar admitted that Pakistan's start in the tournament was not good. But then they never looked back and defeated all three teams at the group stage, he said. Thanks to the Netherlands, who beat South Africa and paved the way for Pakistan's entry into the semi-finals.

"There are ups and downs in cricket, but I believed that we would stage a comeback. I have my team management to thank as they kept my morale high," Babar said.

For the final of the tournament, the skipper said no matter which team Pakistan faces, the Men In Green would give their 100%. They will face either India or England, who play the second semi-final on Thursday in Adelaide.

"You can indeed criticise, but refrain from getting personal. Critics should now enjoy as the team has reached the final," he added.