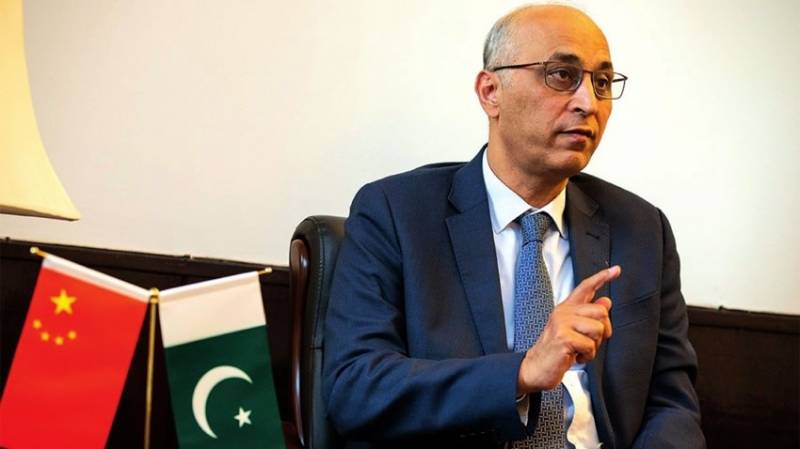 Pakistan's Ambassador to China, Moin-ul-Haque says bilateral trade volume between Pakistan and China would set new records by the end of 2021.

In an interview to China Global Television Network, he said China is Pakistan’s largest trading partner besides being the second largest export destination.

Moin-ul-Haque said in the first three quarters, bilateral trade between two countries has grown by mostly by more than 60% and Pakistani exports to China have grown by 75%.

About further growth in China Pakistan bilateral economic and trade cooperation, he said that the most important part of phase two of CPEC covers areas of agriculture especially modernization of agriculture and science and technology in Pakistan.