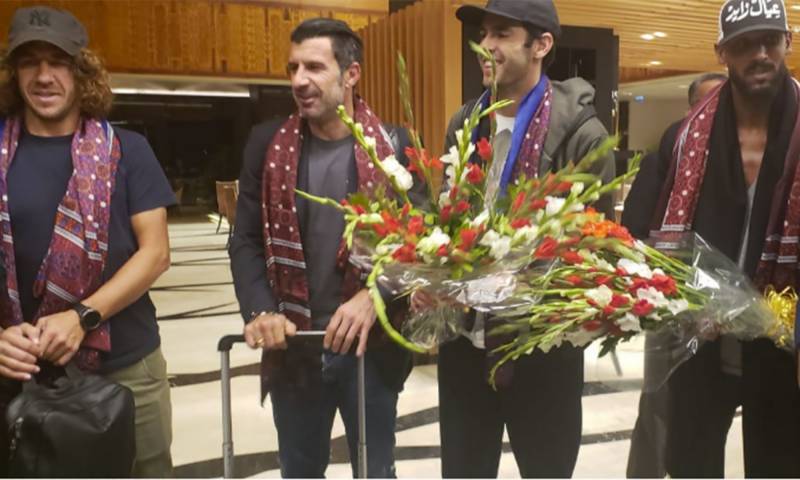 The stars arrived in Karachi on Saturday morning and will be in action later in the evening at Rahat Stadium against Karachi FC.

Nicolas Anelka, the former France footballer told *Geo.tv *at Karachi Airport that he was looking forward to today's game.

“It feels good, I’m happy to be back in Pakistan. Hopefully we will see a good game today,” Anelka said.

The former French footballer added, “Looking forward to a good time and enjoying my time here with the fans and the players.”

The footballers will have a media interaction session later in the day followed by a public meet and greet event at a local mall before the game in evening.

They will travel to Lahore tomorrow for the second game of World Soccer Stars where team Figo will face off against team Kaka.