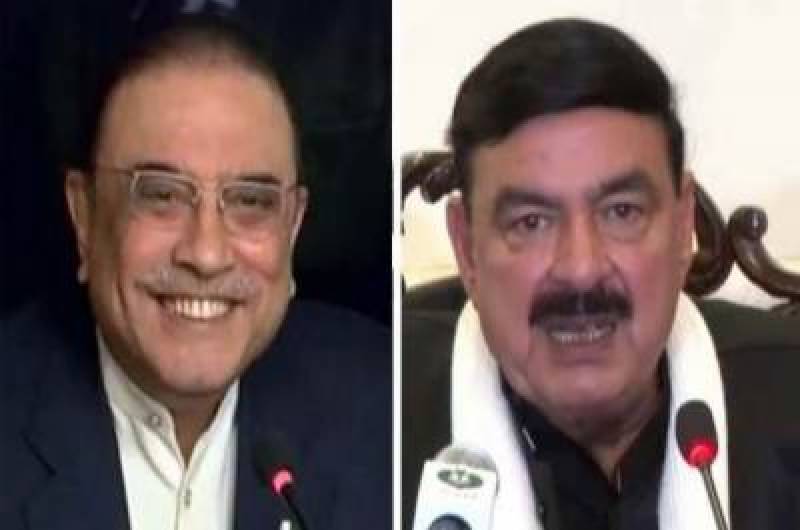 *Sheikh claimed that former president Asif Ali Zardari will soon start returning money to the government, and enter a plea bargain in the next three to four months which will end all cases against him.*

The minster passed the remark while addressing a press conference at the Railways headquarters in Lahore.

Commenting on the government’s decision link to remove former premier Nawaz Sharif’s name from the Exit Control List, Rasheed said that the decision was taken on medical grounds. He prayed that Nawaz Sharif’s health would improve.

The minister clarified that the former premier is on bail and the cases against him are not finished. He stated that PML-N leader Maryam Nawaz will not be going abroad with her father as her passport is with the court.

While commenting on JUI-F’s Azadi March sit-in, the minister stated that putting up a sit-in is more problematic than going to jail. He added that those parties who wanted to cash in on JUI-F’s sit-in have done so.

While commenting on the Tezgam tragedy, the minister said that the DNA tests of the deceased have been completed. The minster said 19 officers, including police personal, of railway have been suspended over the incident.