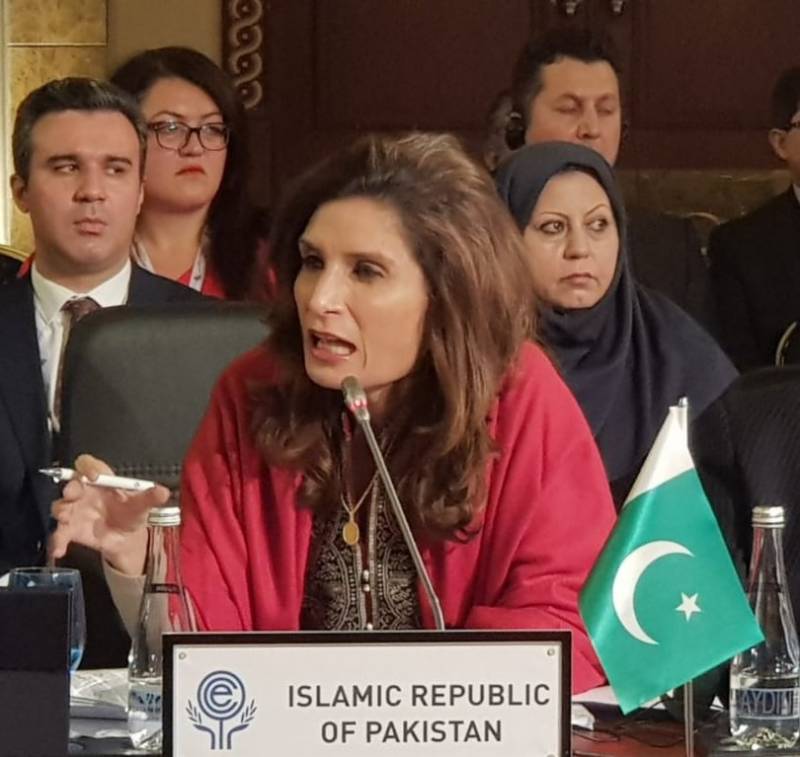 Parliamentary Secretary for Foreign Affairs Andleeb Abbas while speaking in 24th meeting of ECC in Antalya, Turkey on Saturday stressed the need to make the organization an invaluable platform to promote connectivity, trade and economic cooperation among the member states.

She emphasized that the ECO Trade Agreement and the Transit Transport Framework Agreement should be implemented to realize the full potential of the organization.

While drawing attention to India's outright brutality, especially to women and children and blatant disrespect for human dignity in ocupied Jammu and Kashmir, the Parliamentary Secretary said Kashmir issue is a serious threat to regional peace and security and a roadblock in the region reducing its economic potential.

She urged them to stand up for justice and play their role for the peaceful resolution of this longstanding conflict according to UN resolutions.

The participants renewed their commitment to promote regional economic integration among the ECO member states and resolved to play an active role for the realization of the Organization's aims and objectives.