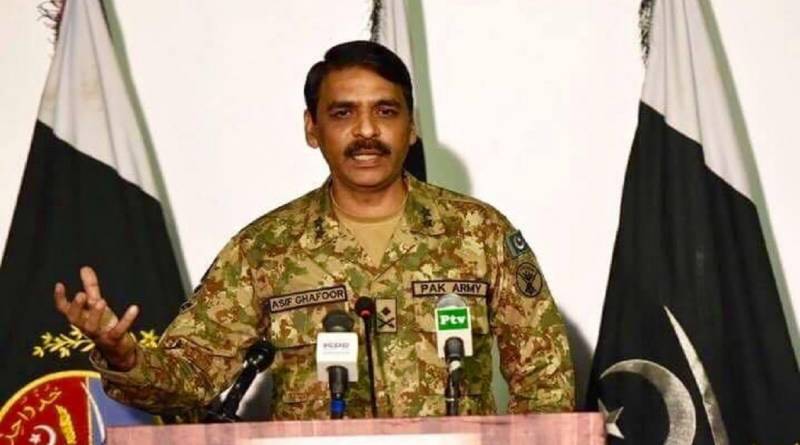 The DG ISPR took to his personal Twitter handle on Saturday and said that while Pakistan is respecting other religion and has opened the Kartarpur Corridor for the Sikh pilgrims, India has again showed its ‘ugly face'.

“Today through verdict on Babri Mosque after illegal action for paper status of Indian-occupied Kashmir on August 5, 2019. On the other hand Pakistan today respecting other religion has opened Kartarpur Corridor for Nanak Seweks," the DG ISPR said.

5,540 people are talking about this link

The Indian SC in its judgment said that Ram Janmabhoomi Nayas is the owner of the disputed land. The top court ruled that the disputed Babri Mosque land be given to the Hindus and ordered that Muslims be allotted an alternate land as a replacement for the destroyed Babri Mosque.

Following the decision, several politicians took to Twitter and condemned the decision. Minister for Human Rights Shireen Mazari also condemned the verdict and wrote that the Indian SC is in tune with Hindutva narrative of Indian Prime Minister Narendra Modi. “The contrast between the Indian SC's verdict on Babri Mosque strengthening the Hindutva creed and Pakistan's opening of the Kartarpur Corridor – both on the same day – could not be more stark!" Mazari tweeted.