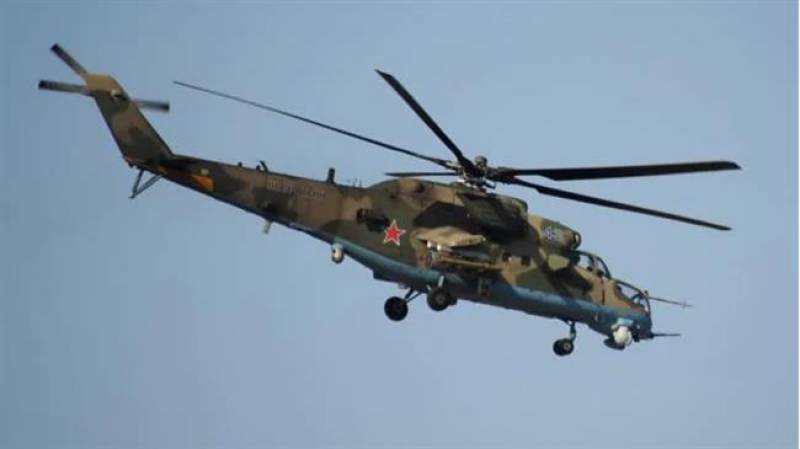 MOSCOW - Russia has deployed military helicopters to assist and protect its military police patrolling along Syria's border with Turkey.

Russia's Interfax news agency reported the deployment on Friday, citing a military pilot as saying that flights would be conducted on a daily basis in an altitude of 50-60 meters along several patrol routes, Press TV has reported.

Turkish and Russian troops have been engaged in joint patrols in northeastern Syria in a bid to verify the withdrawal of Kurdish militants from an area bordering Turkey.

Last month, an agreement was reached between Moscow and Ankara in Sochi on the parameters of a “safe zone,” an area void of Kurdish forces which Ankara regards as terrorists, to be drawn 30 kilometers deep into Syria from the Turkish border.

The Kurdish-led Syrian Democratic Forces (SDF) were consequently given 150 hours to pull out troops from the region. The Kurds announced their complete withdrawal from the border area on Sunday.

Turkey has in response halted its military operation, which it launched into northern Syrian against US-aligned Kurdish forces on October 9. Sporadic clashes have been reported in the front line since.

Ankara launched the long-planned operation after Washington effectively granted the military operation a green light by calling for the withdrawal of US troops from northeastern Syria.

Numerous assaults on Syrian troops by Turkish forces have been reported thus far.