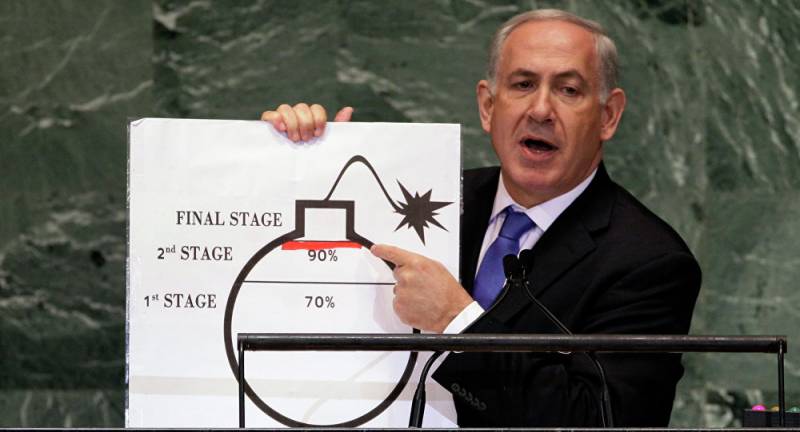 JERUSALEM - Israeli intelligence believes that Tehran is making progress in its nuclear programme, and can potentially make its first atomic weapons soon link if it decides to, the Israeli Kan 11 broadcaster reported citing anonymous sources.

"Iran can achieve a nuclear bomb within less than a year if they decide to act quickly in that direction", the broadcaster cited the intelligence agency's warning.

The broadcaster's sources further noted that the Israeli authorities are transferring "materials" that allegedly prove their claims to the International Atomic Energy Agency (IAEA), but said that the process is taking too long due to bureaucracy. Perpetual Accusations

Israel has repeatedly accused Iran of trying to build nuclear weapons link and reportedly engaged in organised sabotage targeting its nuclear sites, including the notorious Stuxnet computer worm attack, which damaged at least several enrichment centrifuges. Israeli Prime Minister Benjamin Netanyahu made the most vocal claims during his speeches at the UN in 2012 and 2018, when he accused Iran of running a secret programme to build nukes.

Iran vehemently denies these accusations and argues that its religion prohibits production and use of nuclear weapons link. Attempting to lift economic sanctions and alleviate concerns regarding its nuclear programme for the peaceful atom, Tehran signed the Joint Comprehensive Plan of Action (JCPOA), also known as Iran nuclear deal, limiting its capabilities in this sphere. The IAEA was tasked with ensuring that Tehran adhered to the accord's provisions.

At the same time, Tel Aviv continues to follow a so-called policy of ambiguity, when it comes to allegations that it also has a secretive nuclear weapons programme. Israel neither denies nor confirms these claims link .