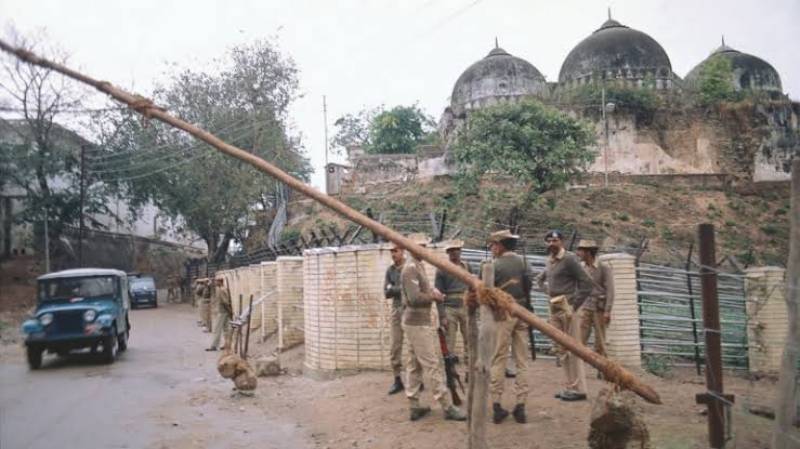 *The Indian Supreme Court has ruled that Hindus will be able to construct a temple on a disputed plot of land in Ayodhya. The verdict was announced today (November 9) by a five-judge bench, headed by the chief justice of India, Ranjan Gogoi.*

A trust will be set up by the Centre to construct the temple. Muslims will be given five acres of land in Ayodhya to construct a mosque.

They ruled that it is an undisputed faith of Hindus that Lord Ram was born under one of the domes. The court should not interfere in faith, it has said.

However, the judges say the title of the land should be decided on legal principle. It has said that the Archaeological Survey of India’s conclusion that the Babri Mosque was built over an existing structure is supported by evidence. It was not constructed on vacant land, say the judges.

The mere existence of a structure beneath [the mosque site] cannot be basis of claim to have title over the land today, says CJI Gogoi. Muslims cannot say that they have composite title to the disputed site, he said.

Officials have appealed for calm, and thousands of police and paramilitary troops have been deployed in the city. Hundreds of people were detained on Friday amid fears of violence and Section 144 has been imposed in several areas. Schools and colleges in the area have been closed and all roads leading to the site have been blocked.

“Each and every security officer is committed to prevent minor skirmishes or large-scale riots after the court delivers its verdict,” said a senior home ministry official told *BBC*. “State governments have identified several schools to set up temporary jails if the need arises.”

The land, once the site of the Babri Mosque and where many Hindus claim is the birthplace of their Lord Ram, has been a point of contention for over 70 years, one that has often led to violence.

The dispute over the 2.77 acre plot turned violent on December 6, 1992 when a mob of Hindu nationalists razed the medieval mosque. It sparked communal riots across India, leaving thousands dead. Many say that clash led to a shift in the country’s political fabric from secularism to the Hindu nationalism that colours the BJP-led country’s politics today.