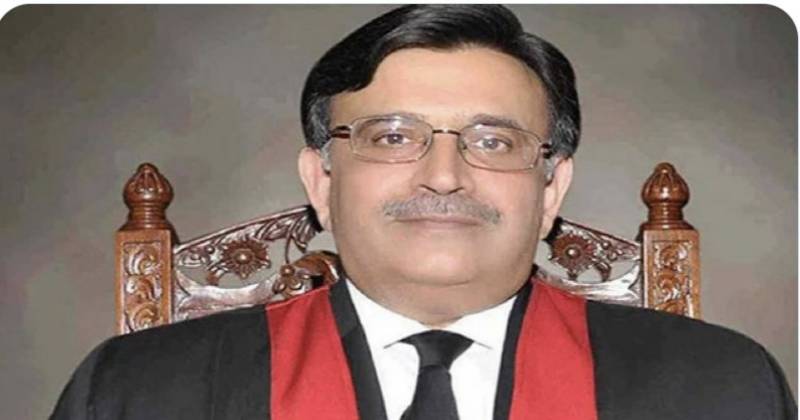 During hearing of the Presidential reference seeking interpretation of Article 63-A, the CJP said that the apex court does not take suo moto notice on whims.

The CJP was alluding to the ruling by deputy speaker Qasim Suri who had rejected the no-confidence motion against then prime minister Imran Khan citing a violation of Article 5.

PML-N lawyer Makhdoom Ali Khan sought a delay in the hearing as he would return to Pakistan on May 15, his junior lawyer told the court. The court asked him to return early as the case could not be delayed for that long.

During the hearing, Chief Justice Bandial said the court wanted to give its opinion on Article 63-A without delay. “The interpretation of Article 63-A was necessary for the parliamentary democracy,” the judge said, adding that the protection of the Constitution was the duty of this court.

Justice Ijazul Ahsan said the question before the court only pertained to the interpretation of Article 63-A. “The interpretation is enforced in the centre or the province that does not concern this court,” he added. “The decision of the Supreme Court will be binding to all the parties,” he added.

The court said it will also listen to Azhar Siddique, the PTI counsel, after Babar Awan.

The additional AG said that the disqualification reference under Article 63-A has been in pending with the election commission, one of the parties will file appeal in the Supreme Court.