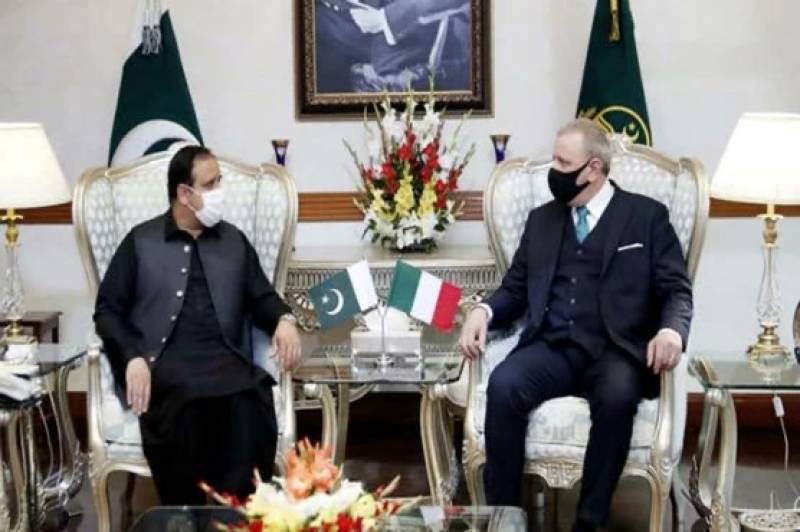 Lahore: Chief Minister Punjab, Sardar Usman Buzdar has invited the Italian investors on Tuesday to invest in Special Economic Zones (SEZs) where facilities were provided to the investors.

During the meeting with Italian Ambassador Chief Minister said that seven SEZs had been notified and the establishment of 13 SEZs had been planned by the government.

“New tourist spots are being developed and the scope of the Walled City of Lahore Authority had been expanded to the whole of the province,” he added.

Following the meeting, Italian Ambassador to Pakistan Mr Andreas Ferrarese said that a conducive atmosphere had been provided to investors, and a lot of work had been done for the protection of historical places.

Previously, the Italian Ambassador called on Chief Minister Punjab Sardar Usman Buzdar at his office on and discussed matters of mutual interest and invited the CM to visit Italy.

Moreover, both agreed to promote bilateral cooperation for the protection of historical places as well as the promotion of tourism.

The Special Economic Zone (SEZ) is an area in a country that is subject to different economic regulations than other regions within the same country.

The economic regulations SEZs tend to be conducive and attract foreign investment.