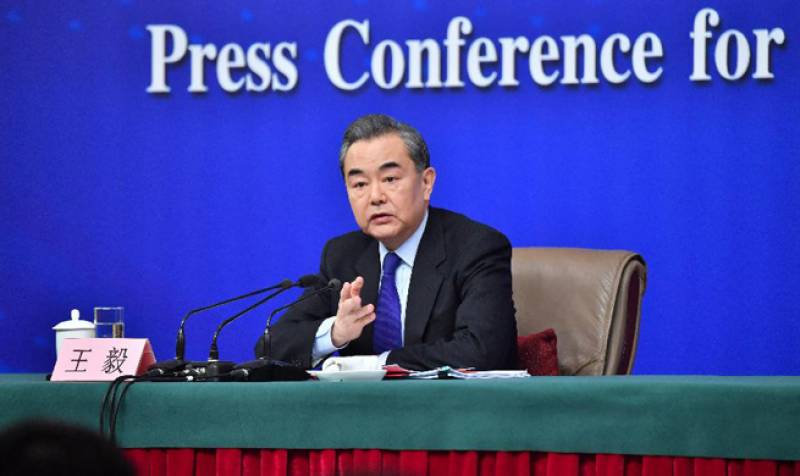 BEIJING:Chinese Foreign Minister Wang Yi has said under Road and Belt Initiative China is building over a dozen power stations in Pakistan and a large number of these projects are supplying electricity to tens of thousands of Pakistanis.

Addressing a news conference on a wide ranging foreign policy issues in Being today he said when all of these projects are completed the power cuts and electricity shortages in Pakistan would be a thing of the past.

Chinese Foreign Minister said about eighty countries and organizations have signed BRI agreements with China. A large number of these projects are underway adding momentum to the socio-economic development of host countries.

About China’s growing role on the global scene Foreign minister Wang said his country is the second largest UN peacekeeping contributor and is facilitating talks in world conflicts. He said the China of today should play a more active role in resolving hot issues in the region and the world. This is not only something we should do, but what is widely expected of us.

Radio Pakistan’s special correspondent reports from Beijing that China would be hosting a number of important international events this year. These include Boao Forum for Asia, Shanghai Cooperation Organization summit, Forum on China-Africa Cooperation summit and an International Import Expo. This is indicative that China is adopting more robust  diplomacy seeking a greater global leadership role under President Xi Jinping, APP/AFP