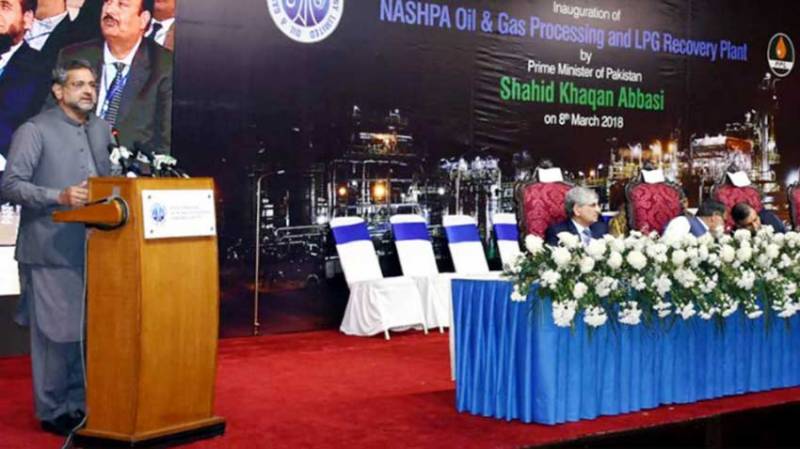 He was ddressing a function after inaugurating Nashpa Oil and Gas Processing and LPG Recovery Plant in Karak this evening.

Shahid Khaqan Abbasi said the plant will minimize the import of petrochemical products from abroad.

He said Nashpa Oil and Gas Processing was pending since 2009 and credit goes to the present government which completed it.

The plant has been completed at a cost of twenty billion rupees and will minimize the import of petrochemical products from abroad.

It will also generate a revenue of sixty billion rupees annually.

The Prime Minister said the OGDCL is producing forty-three-thousand-barrel oil and eleven hundred billion cubic feet gas daily which is a record.

He said the PML-N government has completed development schemes all over the country.

The Prime Minister said the government has started work on construction of seventeen hundred kilometer motorways across the country out of which maximum projects are in final stages.

He announced construction of Women Campus of Karak university, a model school and two roads in the areas besides completion of electricity supply schemes.